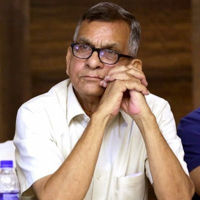 WHY MUST MODI GOVT GRANT STATEHOOD TO JAMMU

By: Prof Hari Om
In: Opinion

On July 17, Ikkjutt Jammu Party (IJP) held protests across Jammu province to attract attention of Prime Minister Narendra Modi’ Government to its demand seeking separation of Jammu province from Kashmir and statehood status for what they called ‘their enslaved region’. The protests were held simultaneously in Jammu, Kathua, Samba, Udhampur, Doda, Kishtwar, Ramban, Reasi and Rajouri-Poonch. The one held at Jammu was a massive affair. Such was the nature of the protest that police swung into action and arrested scores of the IJP activists, including its President, Advocate Ankur Sharma.

The upshot of the IJP’s whole narrative was that the Jammu province was reduced to the status of Kashmir’s colony in 1947 itself and the residents of Jammu province to the status of subjects not entitled to any say in the state administration, Kashmir-dominated government and the semi-independent and quasi-sovereign J&K polity. The refrain of the IJP just can’t be ignored and dismissed as something silly and preposterous. It did make a valid point. That Jammu was no more than a Kashmir’s colony, that the residents of Jammu province no more than slaves of Kashmir and that Kashmir and Kashmiri leaders of all hues the sole factors in the J&K’s political situation could be seen from that fact that the heart-wrenching story of slavery of Jammu province started on October 26, 1947, when Maharaja Hari Singh acceded his J&K to India. A reference to a few instances in this regard would be quite in order.

The then Prime Minister Jawaharlal Nehru and his UK-founded Congress to which London handed over the state power on August 15, 1947 transferred the state power from Jammu to Srinagar in October 1947 itself with their friend and known India and Jammu-baiter Sheikh Abdullah exercising the Veto Power or the power to do whatever he wanted to do to create a Switzerland-type independent Kashmir. Nehru created a theocratic republic of J&K within the Indian Republic through Article 370 on January 26, 1950 and applied unconstitutional, illegal and discriminatory Article 35-A in J&K on May 14, 1954 with retrospect effect (read May 14, 1944) to keep Sheikh Abdullah and his successors, including Bakshi Ghulam Mohammad, in a good humour. Article 35-A, which was reportedly introduced reportedly at the behest of Pakistan, declared all non-Kashmiris a persona-non-grata in J&K.

The November 2002 Sonia Gandhi-Mufti Mohammad Sayeed Accord which provided for a dialogue between India and Pakistan on the political future of J&K and under which Mufti Sayeed was to serve as J&K CM for the first three years and the Congress to head the government during the remaining three years. 2009 Sonia Gandhi/Manmohan Singh-Farooq Abdullah/Omar Abdullah Accord under which the NC was to lead the state government for a full term of six years.

The March 1, 2015 BJP-Mufti Sayeed/Mehbooba Mufti Accord or the divisive PDP-BJP Agenda of Alliance under which PDP was to lead the state for a full term of six years, the state’s separate status shall be maintained, talks with Pakistan will be held, the AFSPA would be withdrawn, steps to demilitarize J&K would be taken etc etc. The November 21, 2018 unsuccessful BJP-Sajjad Lone (of the separatist People’s Conference) Accord under which Lone was to be installed as J&K CM , despite the fact that the BJP had 25+ MLAs and the Lone’s party only two. What were some of the grave consequences of these pernicious Articles and Accords? (1) CM always from Kashmir and from one particular community and religious sect; (2) gross discrimination with and marginalization of Jammu province; (3) creation of Muslim-majority Doda district out of the Hindu-majority Udhampur district in 1948; (4) under-representation of the people of Jammu province in the J&K Assembly and Lok Sabha; (5) exclusion of Jammu province from the Civil Secretariat, the seat of power, as well as other vital departments such as Finance, Revenue, Home, Law and Education; (6) the exclusion of the Jammu youth from the vital job sector (over 69 per cent unemployment rate in Jammu, as against less than 33 per cent in Kashmir), technical and professional institutions and universities; (7) meagre amount for developmental activities and infrastructural development, including road connectivity, healthcare/educational\irrigation facilities; (8) loot and plunder of the Jammu’s natural resources, including water, precious minerals and green-gold; (9) the forced resignation of two BJP Cabinet Ministers on April 13, 2018 for the reason that they demanded a CBI probe into the unfortunate Rasana episode so that the real culprits could be brought to justice and victims provided justice; (10) demographic changes in Jammu province on a massive scale; and (11) settlement of thousands of Rohingyas and Bangladeshis at strategic locations, especially in Jammu and Samba districts. All this should vindicate the IJP. All this should also convince the Narendra Modi Government that the demand the IJP has put forth is as genuine as it’s justifiable and constitutional. Even otherwise, Jammu province deserved full state status because the people of Jammu province are conspicuous by their absence anywhere in Kashmir and because their needs, compulsions and aspirations are 100 per cent different from those of Kashmiri leaders of all hues and their respective constituencies.

Published earlier on 19.07.2022 in https://web.statetimes.in/why-must-modi-govt-grant-statehood-to-jammu/

52,817 total views In the din of the Supreme Court verdict upholding 10%