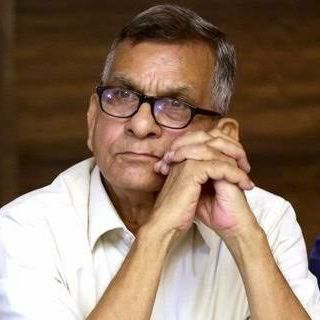 By: Prof Hari Om
In: Analysis

Unfortunate are people of Jammu, the backbone of the nation in this highly strategic northern region. No government at the Centre ever appreciated their splendid contributions to the process of national integration and nation-building. The supreme sacrifices they made all these years of the state’s accession to India while defending and promoting further the national cause in the region too were never appreciated by the rulers in New Delhi.

The truth is that all the successive governments at the Centre, without any exception, ignored the people of Jammu province in their desperate bid to pamper, appease and please the Kashmiri leadership. Kashmiri leadership which never missed any opportunity to challenge and question the state’s otherwise legal accession to India; threaten, browbeat and blackmail the powers-that-be at the Centre in the name of religion; exploit, fleece and drain the resource-rich Jammu province; and humiliate, rigorously exclude from all spheres and dis-empower the inhabitants of this great region. It exploited to the hilt the Kashmir’s unjust, excessive and preponderant share of representation in the legislature that discusses and decides questions of supreme importance to the happiness and welfare of the people. As a result, the people of Jammu province suffered immense socio-cultural and politic-economic losses with their very identity also under grave threat.

The worst part of the whole situation was the negative attitude of the successive delimitation commissions towards the people of Jammu province. Like Valley-centric rulers at the Centre, these commissions also never considered the people of Jammu a factor in the state’s political situation. They only considered Jammu province a Kashmir’s colony and its people as subjects of Kashmir rather than citizens of the state. None of the commissions thought it prudent to follow in letter and spirit the parameters – population, land area, nature of terrain and accessibility — as enshrined in the Representation of People’s Act while delimiting the assembly constituencies in the state.

Jammu province was, and is, two-time that of Kashmir and it all through housed a population more than Kashmir, a fact the Kashmir-centric and biased census authorities and delimitation commissions never took into consideration. The delimitation commissions also wilfully ignored the fact that the bulk of terrain of Jammu province was difficult, nay treacherous. The result was that the people of Jammu province were denied due representation in the assembly on day one.
In 1951, the privileged Kashmir grabbed 43 seats in the 75-member assembly and Jammu given only 30 seats. The delimitation was done in a secretariat room in Srinagar. The discriminated against Jammu cried, protested and fought against this injustice again and again for 44 years but with no result. They were left to fend for themselves with 30 seats till 1971, with 31 seats between 1971 and 1976 and with 32 seats till April 27, 1995, when the delimitation commission increased the number of assembly seats from 76 to 87 and allotted 46 seats to Kashmir and only 37 to Jammu. They again cried but none listened to them. Even the then Chief Election Commissioner T N Seshan, who was otherwise known for his honesty, integrity and fair play, took a dumbfounding U-turn by accepting the delimitation commission’s report he himself repeatedly rejected in 1992, 1993 and 1994 as a ‘deceitful, fraudulent’ document and a fraud on the constitution and declared the commission’s recommendations null and void. He dumbfounded and disappointed the people of Jammu province in April 1995, when he described the same report as ‘well-balanced and flawless’. That Seshan finally did what he did should clear many cobwebs of confusion and establish that even the Election Commission was under some baneful influence.

On August 5, 2019, the Narendra Modi Government introduced revolutionary reforms in the terrorist-infested, mismanaged, misgoverned and bloodied and convulsed J&K. It read down seditious Article 370, abrogated discriminatory Article 35A, freed Ladakh from the Kashmiri oppressive yoke and granted it UT status, converted the remaining state into another UT — UT of J&K — and recommended 90 seats for the J&K UT assembly. The cheerful people of Jammu province welcomed the reform scheme and expressed hope that their 72-year-long night of discontent and despair would soon draw to its close and they will be duly compensated for the very heavy losses that they suffered during all these years of the accession at the hands of the New Delhi-backed Kashmiri leadership.
Sadly, however, the Union Government dashed all their hopes to the ground. The reason: It established a new delimitation commission under the J&K Reorganization Act, 2019, to delimit the proposed 90 assembly constituencies. The fundamental flaw in the Act was that it put a condition that the commission shall delimit the constituencies based on the 2011 census figures. The people of Jammu province and political parties, especially Ikkjutt Jammu, repeatedly urged the Union Government to delimit the constituencies based on the latest census figures, saying ‘the 2011 census figures were fudged figures’. They repeatedly said, “People of Jammu province will get a minimum of 50 seats in the 90-member house if the delimitation was done on the basis of latest fair census figures”. They again and again told the Union Government that ‘delimitation based on the fudged 2011 census figures will only re-establish the Kashmiri rule’ and only help the rulers in Kashmir to further destroy Jammu province politically, economically, socially and culturally. They did make a valid point. It must remain a matter of concern that the powers-that-be at the Centre again ignored the Jammu voice.

The delimitation commission has proposed 47 seats for Kashmir and only 43 for Jammu, which also include 13 reserved seats for the SCs and STs, as against just three reserved seats for the STs in Kashmir. It must also remain a matter of concern that while the otherwise very pleased Kashmiri leadership has been attacking the Union Government and the delimitation commission for allotting 47 seats to Kashmir, the Jammu leadership, especially those belonging to the ruling party, are patting their back and terming the delimitation exercise ‘fair, transparent and commendable’.

JAMMU STATE THE ONLY SOLUTION

Reports suggest that elections to the J&K UT assembly could take place anytime after October. What would be the political status of Jammu province after the elections? What would be its share in the 9-member ministry, including the office of Chief Minister? Jammu province would again be a Kashmir’s colony. Jammu province will hardly have any representation in the council of ministers. It would be an all Kashmir ministry with all the 47 legislators from Kashmir belonging to one particular religious denomination. They will reign supreme; they will play all the shots. Just imagine what will be the fate of Jammu and the people of Jammu under an all-Kashmir ministry. It doesn’t require a rocket science to understand the serious implications for the people of Jammu province of what I have suggested.

It is hoped that Narendra Modi Government would ask its think tanks to re-examine the nature of relationship between Jammu province and Kashmir as well as the nature of Kashmiri leadership and its ideology. Such an approach is imperative to find a lasting solution to 75-year-old Jammu problem. The nation needs a strong Jammu and its separation from Kashmir alone could make it secure and strong. Any failure on the part of the Union Government to recognize the highly strategic Jammu province as a very important factor in the political situation in the region would simply mean the negation of the reform scheme introduced in J&K on August 5-6, 2019 and a massive victory of those who were dethroned that day.

53,173 total views In the din of the Supreme Court verdict upholding 10%