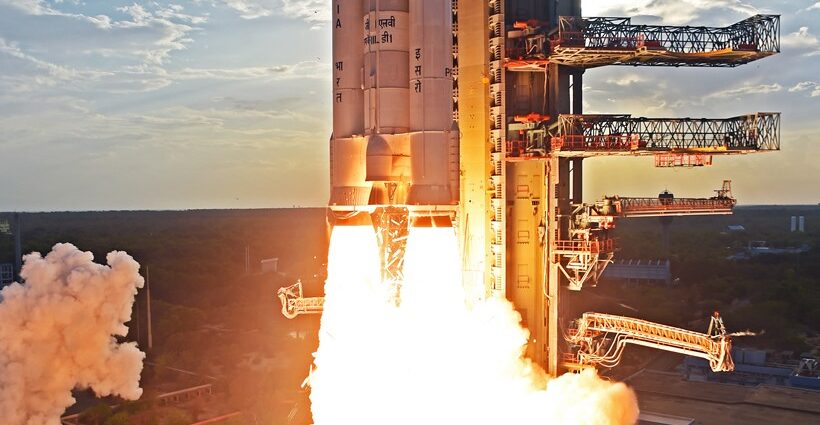 Story Behind Denial of Cryogenic Engine Technology to India

By: PK Sowmyanarayanan
In: Development

The USSR was weakened by the western world’s constant pressure to push USSR into Democracy. The present TRI colour Russian flag was hoisted reducing the power of USSR to minimum, and Russia came under the significant influence of USA.

India was rapidly improving in the Space Research Programme and on 18th January 1991, ISRO [Indian Space Research Organisation] entered into an agreement with Russian Space Agency Glavkosmos for the Technology transfer of “Cryogenic Engine” which powers heavy rockets with cheaper fuel cost.

USA was watching India’s progress on the Space Research and was constantly gathering information about ISRO’s future plans. INDIA which had already developed Ballistic Missile ‘AGNI’ and USA was suspecting that Technology transfer of Cryogenic Engine will further strengthen India and India could become a super power in ROCKET and Satellite launching programme.

India is the only developing country with heavy lift ambitions and its ultra low-cost model could one day put the likes of NASA out of business. That’s an eventuality that the United States wants to delay India’s space programme as long as it can.

What Is Cryogenic Engine?

I will try to explain it in very simple common man terms.

To lift a rocket and fly, they use various types of fuel [ similar to petrol we use to run a motor car]. India had been using Solid Propellent Fuel which needs heavy fuel tank and needs huge quantity of fuel, that would not only push the cost high but also restrict the travel distance.

India was constantly on the lookout for fuel that can be light in weight and energy efficient. The cryogenic Engine was the only answer.

In that the Hydrogen and Oxygen would be used in liquid form in high pressure which can fuel the lift of heavy rockets and also fuel efficient.

Author and broadcaster Brian Harvey writes in his exhaustively researched book ‘Russia in Space: The Failed Frontier’ that in the late 1980s India was looking to develop a massive rocket to launch satellites into 24-hour orbit. India first talked to Japan but nothing came off it. Hearing of these overtures, the Indians were approached first by General Dynamics Corporation, which offered an American engine. But the cost was prohibitive as was an offer shortly thereafter from Europe’s Arianespace.

“Just then a third approach came, this time from the Soviet Union, offering two engines and technology transfer for the more reasonable price of $200 million,” writes Harvey.

The Russians were offering a secret engine, the RD-56 or KVD-1, built by the Isayev Design Bureau. The KVD-1 had unsurpassed thrust and capabilities and NASA had nothing that could match the Russian engine for years. In fact, the rocket engine was originally developed as part of the Soviet manned moon landing programme as far back as 1964.

ISRO and Glovkosmos  suspected that USA would object this technology transfer under the Missile Technology Control Regime (MTCR) – a Western cabal that aims to deny ballistic missile technology to non-Western countries, especially India.

And hence ISRO and Glovkosmos were ready with PLAN B. According to this Glovkosmos would outsource the manufacturing of its Cryogenic Engine to Kerala Hi-tech Industries Limited (KELTEC) so that the technology would be available to India by this arrangement.

As expected in May 1992, USA slapped sanctions on ISRO and Glovkosmos alleging that the arrangement is in violation of MTCR.

India also pointed out the Americans had offered them the very same technology and had made no objections throughout the years 1988-92 when the arrangements had begun.

So, does that mean the Americans were trying to achieve the dual aim of crippling both the Indian and Russian space programmes? It was too obvious.

India and Russia said that the Cryogenic Engine Technology was being used purely for scientific purpose and not to be used in the Missile and they invited MTCR to inspect the Technology arrangements.

Former US President Bill Clinton and his hawkish wife Hillary Rodham Clinton are for some inexplicable reason considered friends of India. It was under President Clinton that Russia backed off its proposals to transfer technology to India and suspended its agreement, invoking force majeure (circumstances beyond its control).

Under the revised Russia-India agreement in January 1994, Moscow agreed to transfer three, later renegotiated by India to seven fully assembled KVD-1 engines, without the associated technology. The United States also inserted a humiliating clause, according to which India would “agree to use the equipment purely for peaceful purposes, not to re-export it or modernise it without Russia’s consent”. No blueprints were to be given to India.

But the  Glovkomos scientists developed some liking to ISRO scientists and they have decided to help Indian scientists.

When you read the following turn of events, I am sure it will seem like a spy thriller movie.

With American spies crawling all over Russia during the early 1990s, transferring such a large cargo wasn’t going to be easy. “ISRO first contacted Air India but the airline said it could not transport the equipment without customs clearance. And that was not possible without the American lobby in Russia coming to know about it,” J. Rajasekharan Nair reveals in his book, Spies From Space: The ISRO Frame-Up.

So ISRO entered into an agreement with Russia’s Ural Airlines, which was ready to take the risk for a little extra money. Author and broadcaster Brian Harvey writes in his exhaustively researched book ‘Russia in Space: The Failed Frontier’According to Harvey, “The appropriate documents, instruments and equipment were allegedly transferred in four shipments from Moscow to Delhi on covert flights by Ural Airlines. As a cover, they used ‘legitimate’ transhipments of Indian aircraft technology travelling the other way to Moscow for testing in Russian wind-tunnels.”

This was confirmed by cryogenic team leader Nambi Narayanan who told the Indian media he was on board the flight that transported the technology to India.

By this time USA had realised that further arm twisting would not do any good and decided to try other means to scuttle the Space Programme of India, as it would be a direct threat to NASA’s business opportunity.

Nambi Narayanan by now had become a household name, who was interviewed by almost all International, National and Regional TV channels and other media was in charge of Cryogenic Engine Technology and his deputy Sasi Kumaran.

The CIA was entrusted the work of aborting India’s ISRO’s Cryogenic Engine dream.

Nambi Narayanan being an important cog in the wheel was arrested and tortured by the Kerala Police and the IB. Nambi Narayanan was alleged to have sold important Military information to Pakistan through two Maldivian women he had never met at all. The IB tortured Nambi Narayanan to get him to implicated higher ups at ISRO. If Narayanan had cracked and acquiesced, perhaps the entire organisation would have collapsed.

The first hint there was a foreign hand trying to destroy – or at the very least slow down – India’s space programme surfaced in 1997 when five leading scientists – Satish Dhawan, U.R. Rao, Yashpal, Rodham Narasimha and K. Chandrasekhar – along with former Chief Election Commissioner T.N. Seshan wrote a joint letter to the government, saying the espionage charges against Nambi Narayanan and Sasi Kumaran were fabricated.

These were not ordinary people – they were public figures who clearly knew a thing or two about the inner workings of ISRO and the law and order system.

It is a measure of how successful the CIA was in this spy game that its agents in the Kerala Police and Intelligence Bureau (IB) were able to have a swing at just about everyone in the cryogenic project, writes Rajasekaran Nair, in his book ‘The book Spies from Space: The Isro Frame-up’

By removing the important man from the project USA had successfully scuttled the dream of ISRO and India.

The truth cannot be hidden for long time. The case was transferred to CBI. Further investigation proved that Nambi Naryanan and Sasi Kumaran were not involved in any anti national activity and they were acquitted and received monetary compensation for their custodial hardship and Social humiliation they went through.

Eventually, ISRO successfully developed the Cryogenic Engine and started the Space business by Launching several GSLV rockets and put Indian and several other countries Satellite into the orbit at a fraction of NASA COST, which is what USA was fearing.

India also sent Vehicle to Mars at one fourth cost and that too in maiden attempt compared to USA’s several attempts.

53,187 total views In the din of the Supreme Court verdict upholding 10%