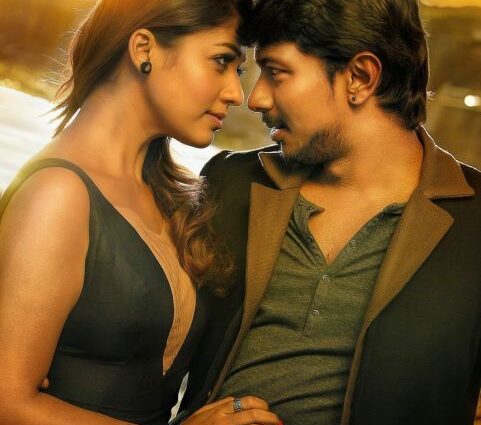 It is an open secret in Tamil Nadu that the Tamil cinema industry is a Sultanate or fiefdom of the Karunanidhi family, where the writ of the family runs large. They can single handedly destroy the film careers of artists who do not bow down to their feudal lordship. Like all Sultans the family makes hay by exploiting the system in their favour.

There is a huge black money conspiracy behind whoever makes a film in Tamil and invariably sells it to the Karunanidhi family.

For example, if someone buys a movie for 200 crores, it should be sold to the Karunanidhi family companies for approximately 205 crores. If they don’t pay that, they won’t let them get a theatre because of the government’s power.

A cursory look at the difference in the number of Karunanidhi family films released during the previous AIADMK regime and the Karunanidhi family films released under the current DMK regime is a smoking gun. In the current situation, if you hate the DMK, you will not be able to sustain  in Tamil cinema! This is why a majority of Tamil cinema actors are spreading hatred against and slandering Hinduism, Indian Nation and the Central Govt.

So why do they buy movies? Behind it is the biggest black money laundering network. In other words, the rulers in the Dravidianist regimes get huge commissions for government projects operating across Tamil Nadu! The recent audio leaks of AIADMK’s Ponnaiyan is an evidence to that! In the villages, a small plastic water tank or very minor facility is sanctioned by the government and the cost for the same is inflated by lakhs of rupees.

But they actually do not cost that much to set up. They are wary of Modi not letting people get away with corruption and digging out the commission money, resulting in serious legal problems and losing all the ill gotten money. So they devised an ingenious scheme to officially convert it into white money by buying pictures and accounting for more income!

For example, if a film bought for 200 crores is shown to collect 400 crores, then you can boldly keep the remaining money at home for income tax purposes!

For example, if a film bought for 200 crores is shown to collect 400 crores, then you can boldly keep the remaining money at home for income tax purposes!

It is pertinent to note that the Sarkaria Commission had mentioned that the Karunanidhi family was scientifically corrupt during the Emergency which even Indira Gandhi could not find out!*

The first thing Karunanidhi family does is how to get away from a scam before it commits! Only then will it start stepping into corruption. Dravidian parties’ commission collection culture does not change even with change in  regime.

Mathoor hanging bridge was built at a lower cost than the budgeted amount during the time of Congress leader Kamaraj in 1966 and the saved money was deposited in the government treasury!

But the Dravidian regimes have repeatedly inflated the project value by claiming that the budget is insufficient and causing loss to the government exchequer. Many of the buildings and dams built by the eminent Tamil leader ​​Kamaraj are still intact and functioning well. While many housing estates built by Dravidianist governments collapse within 10 years!

The power to change this situation lies in the hands of the people of Tamil Nadu! Most of them have forgotten their ethnic pride and are waiting on the road to see when Dravidianists will come with money for votes!

Featured image is a movie still of  Udayanidhi Stalin sourced randomly from the internet.

Radha Thevar
Latest posts by Radha Thevar (see all)
2022-09-06
Previous Post: Subhas Chandra Bose: The True Father of the Modern Indian Nation
Next Post: A Guru is Much More than a Teacher

52,733 total views In the din of the Supreme Court verdict upholding 10%