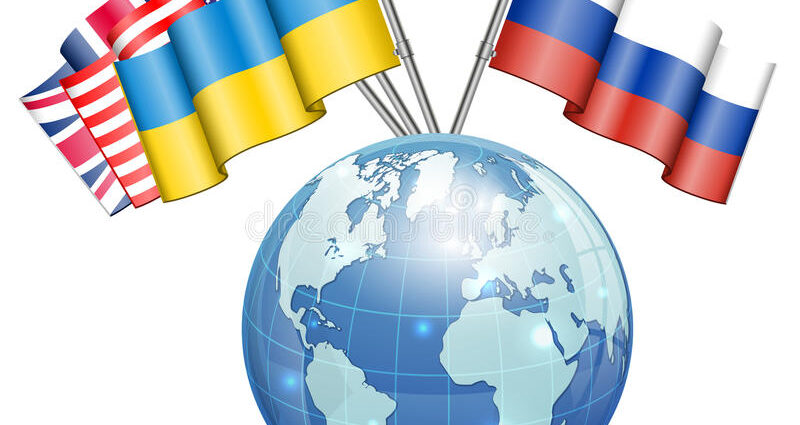 By: Rajiv Varma
In: Opinion

The US/NATO tug-of-war with Russia using Ukraine as war theatre provides an invaluable opportunity to India for devising a robust independent foreign policy to safeguard its own self-interest and ensure an equitable world order for independent nations to exist honourably without having to toe the lines of the two major expansionist power centres be it the US/NATO or Russia. There is a crying need for India to conceptualise a sensible, value-based, historically cogent, nationally mature and civilizationally correct position on the Russian invasion of Ukraine, or the previous US invasion of Iraq for that matter. This policy should break free from the legacy of Jawaharlal Nehru’s Non-Aligned Movement policy, a relic of the cold war era which hardly served any purpose.

There are three overarching categorical imperatives for India and Indians as a people, nation and civilization vis-a-vis Ukraine. These policy imperatives are discussed in detail hereunder.

a) As a People

Safety of Indians in Ukraine and their safe evacuation is a prime concern for India. This is  currently being handled quite efficiently by the Indian  government.

b) As a Nation-State

Quoting an old adage, there are no permanent friends or enemies in politics, only permanent interests. This applies for foreign policy too. It is true that in the hour of need, especially in the 1971 war, the erstwhile Soviet Union came to the rescue of India, without which the U.S. and U.K. were all set to invade India via the sea route, and rescue Pakistan from disintegration. The British Navy was headed to the Arabian sea, and the US. one to the Bay of Bengal. Both were all set to bomb Indian cities. Timely Soviet help prevented that Western adventurism. Both Nixon and Kissinger were racist to the core and hated India/Indians in their guts. India has been always grateful to the Soviet Union and Russia for that BIG help in 1971.

Having said that, India’s response today need not be based on that past. India is a nuclear weapons state and will not need similar help to defend itself (in case China tried that type of adventurism today – or U.S. for that matter).

India’s position on Ukraine should be based on serving its national interest, and that means it should extract a price for its support, from either or both parties. There is no free lunch for anyone. If the U.S./West asks India to support its position, then India should also put Diego Garcia on the negotiating table, entailing decommissioning of U.S. bases there and returning the island to Mauritius. Thereafter Mauritius could lease the island to India where an Indian Naval base can be established. This should be the price of India’s support to the Western/U.S. position on Ukraine.

c) As a Civilization –

This is where the whole spectrum of Indian political establishment is deficient of any vision.

Expansionist US/NATO: Russia’s invasion of Ukraine is a direct response to the West’s expansion and getting close to Russian borders. If Ukraine joins NATO, there would not be any buffer state left, and NATO’s (West’s) armies would be at Russia’s doorstep. From Russia’s vantage point it is a strategic action to nip West’s expansion in the bud. It has taken an ugly form in terms of civilian loss but then very few people in Russia have forgotten their history (unlike India) – first the Napoleonic invasions and then the Nazi Germany’s. One could argue that today’s West does not resemble the two earlier forces, but historical equations are not all that simple to resolve. West’s expansion paradigm has only become sophisticated to encapsulate its military aggression in economic takeovers (via its global companies), multinational economic instruments, and also very importantly its popular culture and Western ideological narrative (often expressed as Global Progressive Left – successor to British Fabian Socialism). Simply put, the U.S. is the successor state to the British Empire.

Expansionist Russia: On the other hand, Russia is also as much an expansionist state whose heritage lies in the Imperial expansion by the Czars east of Urals and in Central Asia in the last two centuries. The Asian land occupied in the East of Urals does not belong to Russia. It is the land grab done by the Czars, which the Soviet Union perpetuated and consecrated for itself. This is similar to the land grab done by the British, Spaniards, French, Dutch and the Portuguese in the same colonial period as the Russians. There is no chance of these land grabs to be returned, but as a civilization these robberies must not be forgotten. Russia also needs to be reminded that it is as much an erstwhile Imperial robber land-grabber as the West.

It is India’s job to remind the world powers – both U.S./West and Russia that they are yesterday’s robbers and land-grabbers who are preventing a peaceful world order to emerge, and both need to scale back their respective imperiums, and let India play its rightful role in world affairs, which starts with a reconstituted U.N. Security Council.

Keeping all the above factors in mind, and if India has to play a meaningful global role, it can offer to mediate between the two expansionist powers, scale both  of them down, and could possibly negotiate maintenance of a “buffer region” between NATO and Russia including maintenance of the buffer region’s security with assurance of neutrality of buffer states by a treaty, and with access to the region’s natural resources and other economic benefits for itself in return.

Two and a half (2.5) million Indian troops served in WWII,  but as servants of the British colonialists shedding their blood for their master. Now it is time for India to send its troops to Europe and keep the two expansionists separate to ensure peaceful co-existence of smaller countries in Eastern Europe. Importantly, India should send its troops independently and not under an UN operation or the UN Peacekeeping Force as the three expansionist powers US/UK, Russia and China have denied India a permanent seat at the United Nations Security Council (UNSC).

The Ukraine crisis should be seen as a global strategic opportunity for the emerging India of today. The tiger needs to come out of its self-imposed decrepit NAM cage to mind the eagle and the bear.

52,917 total views In the din of the Supreme Court verdict upholding 10%