By: Umesh Agarwal
In: Opinion 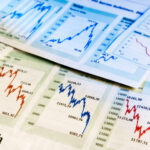 The global financial crisis was triggered in 2008 when global investment bank and financial company Bear Stearns collapsed due to heavy exposure to bonds made up of a bundle of home loans, popularly known as mortgage-backed-securities. This led to closure of Lehman Brothers and it developed into full-fledged international banking crisis. Many American financial institutions like AIG, Bank of America, Fannie Maa, Freddie Mac, Morgan Stanley, Goldman Sachs were bailed out by Federal Reserve through massive bailout packages.

The investment banking crisis sent shivers across the globe and Iceland was on the verge of bankruptcy and the capital controls were introduced and they secured $2.1 billion package in October 2008 from International Monetary Fund. The American financial crisis sent shock waves across eurozone as well and Portugal, Italy, Ireland, Greece, Spain felt the pain since doubts were raised about their ability to pain off their bond holders and they were likely to default on their debts. The crisis was averted after the European Union implemented strict austerity measures and the debt still persist on the balance sheet of these PIIGS nations. Another country which was affected by the US subprime crisis was Cyprus and they had to impose one time levy of 48% on its uninsured banking deposits in the Bank of Cyprus. The country portrayed itself as tax haven and attracted investment from Russian oligarchs. The money was then invested in Greece and they could avert financial collapse by taxing insured depositors.

The bottom line is clear once the Debt to GDP ratio becomes unsustainable the countries have to approach international financial institutions for bail out to come out of crisis. In this process they are unable to service the current and future payment obligations to wide range of creditors including private bond holders, banks, other countries and multilateral lending institutions like the World Bank.

The Sri Lankan Government on April 12th 2022 announced pre-emptive default on all its foreign debts of $51 Billion. The Sri Lankan rupee has gone into tailspin with its value going 320 against USD. The creditors of the island nation will have to take haircuts in debt restructuring program which will be monitored by the IMF. Our neighbors Pakistan and Nepal are facing similar crisis as Sri Lanka and they are likely to default or will seek financial assistance from the IMF once their debts reach unsustainable levels. Both the nation’s foreign exchange reserves are depleting rapidly to meet their daily import requirements. The turmoil and debt trap in these South Asian Countries is due to high infrastructure loans from China to serve the neo colonial ambitions of Chinese Premier Xi Jingping Belt and Road initiative.

A default by Sri Lanka will have the catastrophic impact on Chinese debt in the African continent where the dragon has financed infrastructure loans worth $153 Billion from 2000 to 2018. Fearing default from African nations the Chinese have stopped lending to African nations from 2019. Around 18 African countries have approached China for restructuring loans and many are forced to concede strategic national assets for their failure to service Chinese Infra debts. And in many nations conceding the strategic assets have caused uproar and heartburn for the residents in the area. Violent protest has erupted in Solomon Islands capital, Honiara and in port city of Gwadar which is the prized jewel of the CPEC against their respective governments for conceding sovereign rights to Chinese firms and corporations relegating the citizens of the regions as second-class citizens depriving them of livelihood. Similarly Chinese workers, miners are being attacked in Pakistan, Africa as the local do not approve the Chinese characteristic of development which makes their country pay for serving CCP imperialistic designs.

The widespread discontent against China and the rising cases of Chinese Wuhan Virus have forced the Xi administration to implement zero covid policy which led to 400 million people across 45 cities under lockdown. That’s around 40% of Chinese GDP estimated to be around USD 7.2 Trillion. And with the Debt to GDP of China reaching around unsustainable levels of 300% and the bond coupon payments of Chinese reality developer Evergrande due in May 2022, the risk of default looms large. Many off shore bond holders had not received their earlier bond coupon payments in December 2021 as well. In China the corporate debt to GDP ratio surged to a record 160% at the end of 2017. The $10 Trillion Chinese Shadow Banking ecosystem which was fueled by local governments floating special purpose vehicles to finance Infrastructure projects has defaulted on its loan multiple times.

The post COVID recovery which was anticipated in 2022 seems to have lost with the raging ongoing war between Russia and West backed financed Ukraine. The international sanctions cutting off Russia from the SWIFT interbank messaging system have resulted in Russia defaulting on its dollar dominated bonds. In the era of globalization with deep economic interdependence among nations created by decades of trade and investment relations, sanctions on Russia have caused supply side disruptions leading to spike in commodity prices and food prices derailing growth causing hyperinflation and stagflation. The world economy can go into global depression with growth slowing down leading to economic contraction. With Governments across the globe continuing the social security measures providing subsidized free food, health facilities and other perks due to Chinese Wuhan virus many will not be able to service the debt leaving them vulnerable and put pressure on the entire global financial system.

52,625 total views In the din of the Supreme Court verdict upholding 10%