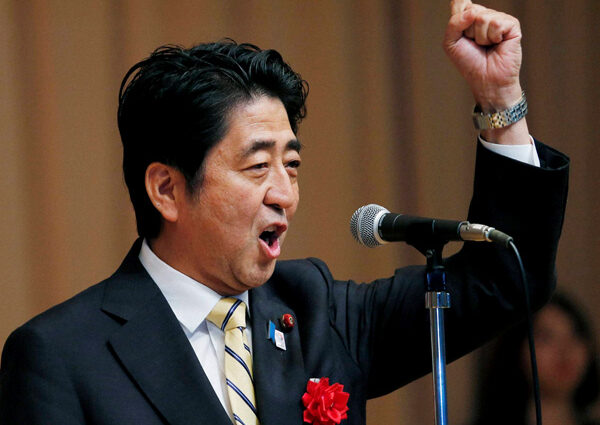 By: Umesh Agarwal
In: International Affairs

Ex Japanese PM Shinzo Abe was assassinated in Nara City, western Japan. The motto of the Cabal popularly called the Deep State, an organization of Military, Arms, Oil, Big Tech, Wall Street lobby is felt to be behind the assassination.

Shinzo Abe shaped the foreign policy of Japan with respect to China, he resurrected QUAD and changed the approach of Japan from being pacifist nation to adopting proactive approach in building next generation missile, defence systems, pilotless Unmanned Ariel Vehicle and other technologies. He also warned China not to attack Taiwan. He shed the Yoshida Doctrine and enhanced defence budget of Japan Defense forces which were previously capped to 1% of GDP.

He was also instrumental in forming of Comprehensive and Progressive Agreement for Trans-Pacific Partnership (CPTPP). He wanted Japan to take prominent role in the Asia Pacific and he deepened ties with India, Vietnam and other South East Asia nations to counter Chinese influence. Both China and Japan are claiming the uninhabited Diaoyu/Senkaku islands which are in control of Japan.

Abe used his premiership to mend ties with Russia and wanted to pursue enhanced role for Japan in International forums and the foreign policy independent of United States. He had met Vladimir Putin 27 times and took earnest interest to resolve historical disputes with Russia. In 1910 Japan Defeated Russia and the two nations are at war technically as no peace treaties were signed after the war.

Abenomics pursued to bury the century old hatchet with Russia and pursue independent foreign policy. He wanted to end the historical disputes with Russia over Hokkaido and wanted to build energy cooperation with proposing to build $6.7 Billion Russia Gas Pipeline. Abe’s Independent Policy was pursued by his successor Suga and the incumbent Japanese PM Fumio Kishida had clear cut plan to steer the country away from Abenomics. He wanted to pursue policy which was subservient to United States and his approval ratings had dropped remarkably.

The Deep State of United States has a cozy relation with Chinese Communist Party. After the removal of Donald Trump, Boris Johnson, Benjamin Netanyahu the nexus wants to remove all the obstacles to facilitate the attack on Taiwan by China which is slated to happen later this year. The Asian Games scheduled to be held in China has been postponed.

It is quite clear the Deep State and China wants all the nationalist leaders to be eliminated in every possible way. The relation of Opposition party with the CCP is well known. It is time for Indians to stand with Prime Minister Narendra Modi to ensure that international conspiracy of George Soros Cabal does not succeed.

52,915 total views In the din of the Supreme Court verdict upholding 10%