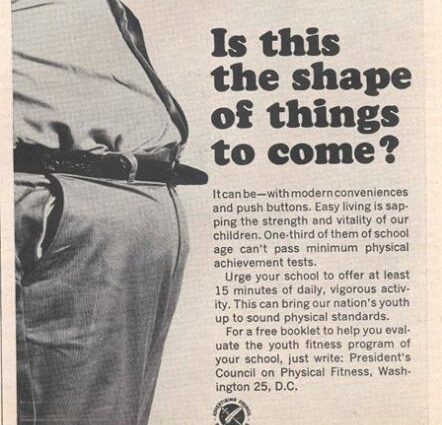 Chronic Samosa Eating is the Road to Civilization Suicide

If an intruder forces his way into your house, can you defend yourself?

We know that intruders are not just thieves – their objective is to HARM.  Intruders create fears and are capable of bringing physical harm and even eliminating you.  Are you ready to face intruders?

Because they sure are coming for you!

U.S. President John F. Kennedy was a huge proponent of physical fitness.  After World War II, many in society were concerned about the youth growing up out of shape and overweight – unconcerned about most things.  This was because the nature of jobs and work had changed and there was less physical labor or farm work.  The same is true for many other societies, including India.

American researchers from the 1950s published studies that showed that children were much less fit than children of the same age in other nations.  All these alarming statistics resulted in widespread activity which led to support for sports and the creation of youth fitness programs.

President Kennedy published “The Soft American” article after his election and the issue of physical fitness was taken up by state governors and the federal department of health, education and welfare.

Here are excerpts from his essay.

“But the harsh fact of the matter is that there is also an increasingly large number of young Americans who are neglecting their bodies—whose physical fitness is not what it should be—who are getting soft. ***And such softness on the part of individual citizens can help to strip and destroy the vitality of a nation***.”

“But the stamina and strength which the defense of liberty requires are not the product of a few weeks’ basic training or a month’s conditioning. These only come from bodies which have been conditioned by a lifetime of participation in sports and interest in physical activity. Our struggles against aggressors throughout our history have been won on the playgrounds and corner lots and fields of America.”

“Thus, in a very real and immediate sense, our growing softness, our increasing lack of physical fitness, is a menace to our security.”

Here is a lesson for India.
“Thus the physical fitness of our citizens is a vital prerequisite to America’s realization of its full potential as a nation, and to the opportunity of each individual citizen to make full and fruitful use of his capacities.”
The full essay can be accessed here: http://www.recreatingwithkids.com/news/read-it-here-kennedys-the-soft-american/
Are you ready?
What will you do to combat the intruder in the house, in society, in your country?  When was the last time you exercised?  Practiced yoga?  Being a kabaddi champion 30 years ago is not going to save you from any intruders or from yourself.  As our young generation continues to be influenced by the worst western things including food habits and sedentary lifestyles, we are on the path to ultimate disaster.  No civilization will survive with soft, hota hei-chalta hei attitudes.  What side of history do you want to be on?  Put that samosa down and begin to say goodbye to obesity, heart disease, and diabetes.  Get off the couch and defend your health.  Only then will you manage to defend anybody else.
SatyaV
Latest posts by SatyaV (see all)
2022-04-16
Previous Post: All you wanted to know about the Vishu festival
Next Post: Sri Lanka Sovereign Default could spark Global Financial Contagion

52,675 total views In the din of the Supreme Court verdict upholding 10%