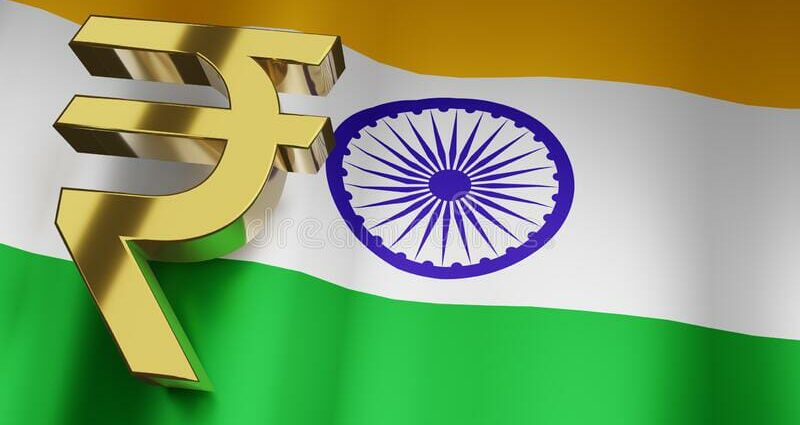 Internationalization of Rupee – Challenges & Opportunities Ahead.

Recently Russian President Vladimir Putin pressed the need to develop new reserve currency by BRICS member states to present itself as an alternative to the SWIFT dominated US Dollar. The new arrangement will include basket of currencies connected to its relative strength of economies. Both China and Russia have offered no limit support to each other and its time for India to weigh its options for the advantages to join the block and make Rupee the widely accepted medium of exchange internationally.

The Internationalization of Rupee seems inevitable due to growing confidence in Indian economy internationally which was possible due to reforms initiated by Modi Government. The economy is growing leaps and bounds due to digitisation drive which led to formalization of the economy after demonetization and GST implementation. The financial system of India offers deep and liquid markets with financial institutions including banks, insurance companies, pensions, funds offering wide range of products in terms of borrowing, investing and hedging. The Masala bonds allows Indian corporate to raise overseas debt in Indian Rupee. The rupee dominated bonds protects the Indian entity from risk of currency fluctuation and helps in Internalization of Rupee which helps in expansion of bond markets.

With the Indian economy poised to achieve $5 Trillion by 2027, the Rupee remittance mechanism internationally is gaining acceptance through the growing popularity of United Payment Interface (UPI) developed by NPCI. The Rupay based development Payment System has gained international acceptance and is scheduled to make European debut in France. The Payment System has been adopted in UAE, Nepal, Bhutan, and Singapore. The UPI provides expat Indians to make cross-border-remittance seamlessly. The UPI system has alliance with international network partners Discover Financial Services, Japan Credit Bureau, China Union Pay, French Lyra Network to provide them with global footprint to RuPay cardholders. The development of robust real time payment system (IMPS) for domestic retail sector, National Automated Clearing House (NACH) to facilitate web based system for bulk push and pull for both account and Aadhar based transactions has expanded the reach of UPI widely across India. The recently unveiled Payments Vision 2025 document will enable geotagging of digital payment infrastructure and to link credit cards and credit components of banking products to UPI.

The exclusion of Russia from the SWIFT dominated US Dollar global financial system is an opportunity to push for the internationalization of the Rupee. With Russia offering crude at heavy discount India and Russia are working towards setting up bilateral payment system through Nostro accounts. Similarly India & Iran are exploring possibility settling trade in rupee. The Myanmar government has started currency convertibility to trade with India. The government has currency swap agreements with Venezuela, UAE, Japan and the government is working towards expanding it scope to around 23 countries to save precious foreign exchange and strengthen the Rupee.

The Reserve Bank of India plans to introduce Central Bank Digital Currency (CBDC), digital version of cash backed by Central Bank guarantee. The CBDC outlines the pursuit of RBI to introduce new payment system based on CBDC and reduce its reliance on dollar based cross border transactions. The dollar dominance gives United States leverage to impose sanctions and it forces the Society for World Wide Interbank Financial Telecommunications to comply with its diktats. The CBDC provides opportunity to bypass the cross border trade settlement mechanism. The need to delink from dollar arises after G7 countries froze Russian foreign currency reserve assets worth $500 Billion. Iran has lost $150 Billion worth of revenue due to American Sanctions.

The Reserve Bank of India has adopted calibrated approach to internationalize Rupee through limited capital convertibility. The capital controls are being liberalized according to the evolving macro economic conditions and requirements arising in the financial system. And with the slew of measures adopted by the Indian Government to give boost to Atmanirbhar Bharat through PLI Schemes the country can aim for full capital convertibility to become currency of choice to trade in International Markets.

Umesh Agarwal
Latest posts by Umesh Agarwal (see all)
2022-06-28
Previous Post: Story of Reversion to Sanatan Dharma by a convert that could be a lesson for many
Next Post: IT IS AN ASYMMETRIC WAR

52,935 total views In the din of the Supreme Court verdict upholding 10%