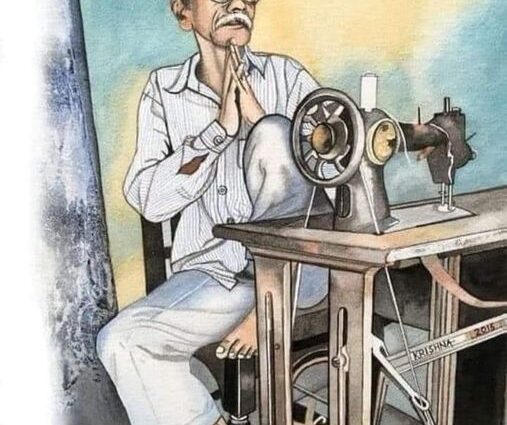 IT IS AN ASYMMETRIC WAR

By: Pankaj Saxena
In: Analysis

It is an ASYMMETRIC WAR. We hope to fight with the State – Military, Police and Courts. But they fight EVERYWHERE and with EVERYTHING. We fight one faceted war. While they are fighting TOTAL WAR. That is what we need to understand.

It is an ASYMMETRIC WAR, because the enemy doesn’t fear consequences, legal or otherwise. There is a saying, ‘You can kill anyone in the world, you must just be prepared to die yourself.’ That is what their psyche is. You can’t fight it with the legal machinery only.

The youth who killed Kamlesh Tiwari, and the youth who killed Kanhaiya Lal were prepared to get arrested for life, or even killed in action to kill an old man. They consider their lives expendable. We operate on the assumption that fear of incarceration intimidates them.

We hope to scare them with legal consequences; with threats of incarceration; with a spoiled youth; a ruined career; a ruined family. But they fear none of this. They are immune to the fear gun that we keep toting at them. That’s why it is an ASYMMETRIC WAR.

We tote our ‘economic success’ and the ‘almost completely Hindu populations’ of ‘gated communities’ in ‘posh locations’. They watch us with glee as we herd ourselves into slaughtering pens. They watch us with sneers, as they sharpen their daggers in their ghettos.

it is an ASYMMETRIC WAR because our ‘economic success’ has made us complacent, weak and used to a ‘good life’; because we abandoned all traditional jobs like vegetable selling, fruit selling, mechanic, tailor, plumber etc. And all these were occupied by them.

We prided in our ‘money’. They weaponized ‘poverty’.

While we created the suburbs, they overtook the downtowns. While we took to flights, they conquered the railway stations.

While we were doing pusillanimous ‘civilization’, they were perfecting ‘barbarism’.

In the cruise ship of civilization, while we were suiting ourselves with perfumes, bow-ties and pomade, for a seat at the dinner table, they were occupying the positions of chefs, waiters, oarsmen, guards, cleaners etc. ready to pounce upon us and slit our throats.

It is not unlike the Time Machine scenario of H G Wells, where the ‘civilized’ have become so soft, they are unable to defend themselves at all, while the barbarians have become so fearsome they can’t be resisted. Our ‘economic success’ has become a curse.

It is an ASYMMETRIC WAR because for fighting with just State we need a supremely armed army man for every Hindu 24×7 to save him from such barbarism. While they just need that guard to just fall asleep for 10 minutes and the job will be done.

It is an ASYMMETRIC WAR because with all our ‘economic success’, with our Pichais and Nadellas, we don’t have Hindu consciousness, and we end up funding millions of dollars to anti-Hindus. While even the puncturewala enemy will donate 10/- for Jihad. Our money means nothing.

It is an ASYMMETRIC WAR because they are fighting a TOTAL WAR, while we are fighting a State war, with a very weak State. That will never work. No atom bomb, seat in UN Security council, third largest economy tag is enough to equip a State to fight TOTAL WAR.

They do Jihad while they eat, shit, sleep, talk, are born, bury the dead, sell merchandise, buy merchandise etc. While we ‘pay tax’ to the government and think they will protect us.

This can only be fought with educating Hindus completely and totally in the ideology of the enemy. We need to read their scriptures, internalise them, and then understand their psyche and ideology. Only then hope will emerge.

52,791 total views In the din of the Supreme Court verdict upholding 10%