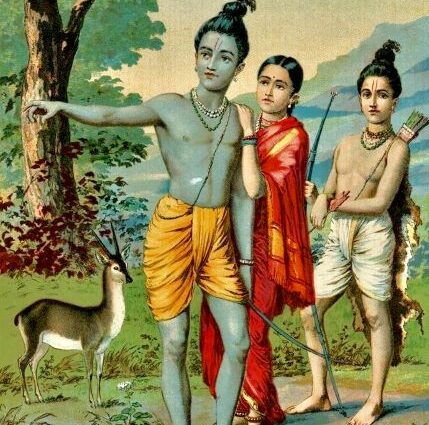 By: Pankaj Saxena
In: Culture 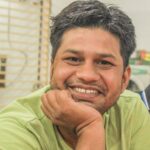 Rama is a hero so universal, there is seldom any other figure, in Indic culture or outside it, which can rival his popularity and universality.

Why is this so?

Because he is both the greatest of heroes and the commonest of men, at the same time.

He is a very different hero than most others. He is full of talent, courage and chivalry but he is seldom as crafty as Krishna. He is beset with personal misfortunes his entire life. He marries at the behest of his Guru. It is hardly as romantic or as heroic as Krishna’s elopement with Rukmini is.

Things are rarely in his control. He goes to the jungle with his brother because his guru Vishwamitra asked his father to do so and his father agreed. He marries Sita, once again, because his Guru takes him to a Swayamvara. He goes to exile because his mother Kaikeyi desires so. He is accompanied by both Sita and Lakshmana because they desire to do so. Sita is advised by Rama to stay back, but she does not listen to him and comes along to the jungle. So does Lakshmana. Lakshmana then cuts the nose of Shurpankha and not Rama. He has no control over it. And this leads to Ravana kidnapping Sita. He has to suffer for what he did not do. He advises Sita against desiring the golden deer. But to no avail. He then advises Lakshmana to not leave Sita alone. He is once again not listened to. And then Sita does not listen to Lakshmana either and crosses the boundary.  From here onwards too, things just happen to him. The friendship with Hanuman. The involvement with Bali and Sugriva. At last too, he takes back Sita but the common population objects him doing so. He has to ask Sita to give Agni Pariksha. When she does so, he is ready to accept her. But she declines. Once again things happen which were not in his control.

What kind of a hero is that? He abides by rules all his life. And yet it seems there is nothing in his control.

The story of Krishna is that of an all powerful being. He makes things happen. He elopes with princesses. He invades kingdoms with designs and kills demons. He makes diplomatic alliances and political enmities. He has everything under his control. Rama is exactly opposite to it. He is driven by the events that just happen to him, on which he has no control and yet he has to bear their consequences. But perhaps that is the point of the story of Rama.

This is where Rama becomes a hero. You can never control what happens to you. The Universe functions with its own logic and rhythm. What you can control is how you respond to it. This is what Rama teaches us. He always walks the path of Dharma even when things seem very bad. Even when everything seems to be going bad.

Often even the course of action that one has to take has already been decided by the turn of events. When Shurpankha decides to visit the camp of Rama and Lakshmana; when Lakshmana cuts her nose; when Ravana kidnaps Sita, Rama has no other course of action left, but to attack Ravana and get back his wife. Walking the path of Dharma here becomes even subtler. In times when things are so bad even the course of action is decided for you, a mental resolve to do the right thing, to take the right attitude, is all what is left for you to do. And this is what Rama does. This is what Rama exemplifies.

But Rama is dear to us for more than one reason. He is an Avatara, yes. He is Maryada Purushottam, yes. He always walks the path of dharma, yes. He is Divinity, Knowledge, Jnana itself, yes. But at the same time, he is also a human being. His story is one of the most human of stories. And it is a deeply personal story. This is another point in which the Ramayana differs from the Mahabharata.

Unlike the Mahabharata, Ramayana is the story of one man and his travails. The path of Dharma and the way of Moksha is taught through this story. But it is the story of one man nevertheless. While the Mahabharata has no central character as such, as there are too many important personalities; too many stories criss-crossing each other. The canvas is just too big. The story, trying to encompass everything is too big.

The Ramayana on the other hand is an extremely simple and deeply personal story. It is one man’s quest to follow his father’s wishes on one hand and care about his love, his wife Sita, on the other. All his life, all Rama ever wanted was a simple life, where he could follow his father’s wishes and rule like a perfect king is supposed to rule. Things do not turn his way and he has to go to the jungle. There, he lives an extremely simple life. But he is all the happier for it, because he has caring brother and his loving wife with him. But then even Sita is snatched from him. And Rama breaks down! He breaks down just like any man would, who is deeply in love with his wife. It is heart-rending to read the passages where Rama wails uncontrollably when Sita is taken from him. He asks the leaves, he asks the trees: “Where is my Sita?”

And, as if Valmiki just wanted to break stereotypes, it is Lakshmana, who lectures Rama on composure, on the transitory nature of beings and things. And then, Rama is consoled and gets on with the quest, to get his wife back.

Yes, he performs the role of a model son, of a model king, or a model brother, of a model husband. He absolves many on his journey to the South. He takes many decisions on the side of Dharma during this journey. But most of Ramayana is story of a man who just wanted to get his wife back! It is that simple!

And this is not the only thing which makes the common man identify with him. There are many episodes in the Ramayana which makes it everyone’s story. When Rama is exiled from Ayodhya and he leaves it, he feels pain at leaving the land of his birth, the land which he was meant to rule, and the land which he never quite intended to leave. He was a simple man of simple tastes. He never wanted to leave his birthplace. But the destiny had other plans for him. Like a Maryada Purushottam, he does not wish away or avoids his destiny or the role of duty and Dharma that is expected of him, but he also feels the pain of leaving the simple and the familiar life behind, like any man would! His pain at leaving Ayodhya, his birthplace, the place with which he was most familiar with, is one of the dearest moments for me in the entire epic.

In the middle of the war, he finds time to love a squirrel! Reeling in the pain of losing his wife, he finds time and concern to care about Shabari and Ahilya. That is how human and how divine is Rama!

Rama tells what to do when you have nothing under your control. Rama tells you to not shy away from your humanity and yet aim for the highest goal in life; self-realization, at the same time.

I know of no other story, which manages to accomplish so much in such a simple way. That is why, Ramayana, the story of Rama, is the greatest story ever told.

Rama is always there. In our minds, in our psyche, in our subconscious. Rama is the archetype that is present in all of us. We just have to invoke him.

Pankaj Saxena
Latest posts by Pankaj Saxena (see all)
2022-04-10
Previous Post: So, Is Hindu Dharma A Religion?
Next Post: All you wanted to know about the Vishu festival

52,751 total views In the din of the Supreme Court verdict upholding 10%