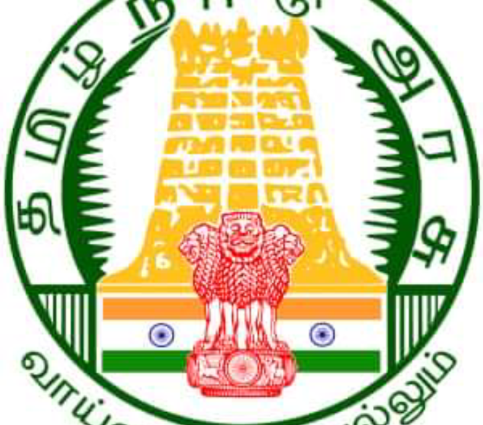 A ridiculous demand to change the emblem of Tamilnadu has been raised by the VCK (Viduthalai Chiruthaigal Katchi) party in the budget session of the State Assembly. On Thursday, the Viduthalai Chiruthaigal Katchi general secretary, D. Ravikumar demanded in the Assembly  that the emblem of Tamil Nadu with a Temple tower (as seen above) is not in line with secular traditions of the State and needs to be changed. He further stated that “a secular symbol, such as Tiruvalluvar, would more appropriately reflect the culture and inclusive nature of the State. The emblem should also have the catch line ‘ Pirapokkum ella uyirkum’ (meaning all lives are equal at birth).”

Such demands to change our traditional symbols and emblems are minority appeasement and vote bank politics exercises. If such demands are not nipped in the bud, the atheist and anti-Hindu government of Tamilnadu might very gleefully accept it. The Tamilnadu government has announced that a committee will be set up to change the Temple tower emblem of the state of Tamil Nadu.

The Srivilliputhur Temple tower is currently the symbol of the state of Tamil Nadu . Now Mr Udhayanidi, the DMK first family scion and MLA has claimed that a majority of people have demanded that it cannot be used as a symbol of secularism as it represents Hindu religious place of worship. On this basis, the Government of Tamil Nadu would set up a committee to give recommendations for the change of the existing logo.

Earlier, former Governor of Tamil Nadu, PC Alexander, appointed by the then Congress government  tried to change the emblem of the State of Tamil Nadu and failed. The war against Hindus in Tamil Nadu has been going on for about 60 years now. The war that ensued, is now going straight on.

Coimbatore and Kanyakumari are considered as Hindu forts, but even there temples are being demolished, while Hindus watch helplessly. The Hindu forts have now crumbled, which was quite evident from the incendiary speech given by Christian priest George Ponnaya.  Most of the schools in Tamil Nadu at the time of independence were named as Hindu Primary School and Hindu Middle School. Gradually the names and character of the schools have transformed to government schools.

Schools, colleges, universities all had a picture or idol of Saraswati, Ganesha ,Lakshmi and Saraswati . Even in government offices these pictures were present. Now it has been removed by Christian and communist groups.

Two decades ago, overlooking the sea in Kanyakumari, the largest Hanuman statue was installed in a Hindu monastery park.  The Christians had it removed. The next day there was no news in any town edition and the Hindus forgot about it.

At the time of independence, the Hindu population in Kanyakumari was around 85%.  The  Kanyakumari priest, George Ponnaya claims it is now 42%.  Minorities have proliferated in the police, judiciary, and media to protect their race and abuse official power against Hindus.

Now with the demand to change the official symbol of Tamil Nadu, there is one more vital identity of Hindus and Tamilian traditions under threat.

58,129 total views In the din of the Supreme Court verdict upholding 10%