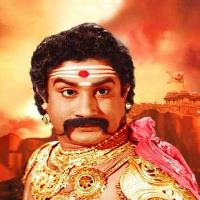 Nadigar Thilagam, ‘Sivaji’ Ganesan was one of a kind. He got the title of ‘Sivaji’ after he essayed the role of Chathrapati Shivaji Maharaj, the great Maratha King during a stage performance. For a person, who left his home to become a theatre artist, the cinematic journey was really long and illustrious. He was a man who overcame many obstacles in his way. He would go on to achieve stupendous success in Tamil cinema. He would go on to influence Tamil politics, too.

Sivaji  Ganesan was born as V. Chinniah Mandrayar Ganeshamurthy in Soorakottai in Orathanadu in Thanjavur in Tamilnadu. Although he began his career as a theatre artist, it was Tamil Cinema, which made him a household name. While he essayed many roles in TAMIL CINEMA, it was his strong theatre background, which made his cinema performances, very special.  His landmark movies were ‘Parasakthi’ in 1952, ‘Andha Naal’ in 1954, ‘Uthama Puthiran’ in 1958, ‘Veerapandiya Kattabomman’  in 1959, ‘Thiruvilayadal’ in 1965, ‘Thillana Mohanambal’ in 1968, ‘Deiva Magan’ in 1969 etcetera.

He often donned female roles in his theatre years.  Strangely, that very experience made his walking style very special. Generations of audiences were to be enthralled by his walking style. He was a versatile actor, who essayed a variety of roles. He made his acting debut in the movie, PARASAKTHI, in 1952. The story is really awe inspiring in the manner that it portrays the interaction between the history of India during the world war period and its impact on the lives of common people.  The movie is loaded with social and psychological messages.

Thiru. Sivaji Ganesan acted in meaningful cinema. His movies extolled the virtues of honesty and bravery. Veerapandiya Kattaboman, Manohara, Raja Raja Cholan and Kappalottiya Thamizhan were epitomes in this regard. He essayed brave characters like Kattabomman, Karnan, Raja Raja Cholan and freedom fighter, V.O. Chidambaram Pillai with effortless ease. He made a great combination with the Tamil actor, Nagesh. He was the Hero and Nagesh was the comedian in several Tamil movies. As an actor, he has played several memorable roles like the father of Kunthavi in Raja Raja Cholan.

In many ways, Sivaji Ganesan was also a social reformer, who spread good messages for the society through his movies. In the movie, PARASAKTHI, we can see how the socio-political set up affects the ordinary man. The impact of war on the lives of ordinary people is seen. The dialogues of Parasakthi, Manohara, Veera Pandiya Kattabomman, Pasamalar and RAJA RAJA CHOLAN are all relevant, even today.

Sivaji Ganesan’s dexterity in speaking his dialogues, his elephantine memory to be able to speak such long dialogues, his baritone voice, his majestic look and his inspiring personality are all legendary. Sivaji  Ganesan was the king among all the actors. His famous non-stop dialogue and acting prowess in ‘Veerapandiya Kattabomman’ helped him get the title, ‘Nadigar Chakravarthy’ or’ Emperor of Actors’. One can almost see the transformation of Sivaji Ganesan into Raja Raja Cholan in the movie, ‘Raja Raja Cholan’. The memorable dialogues between the sculptor character and the character of Raja Raja Chola portrayed by Sivaji Ganesan is an excellent portrayal of the greatness of the King Raja Raja Chola, the king who worked for the welfare of his people, the great warrior that he was and the respect that he had for artists in his kingdom. The movie immortalises the great cultural and historical significance of the Chola reign.

The songs in his movies were superlative. There are some awe-inspiring dialogues in ‘Veerapandiya Kattabomman’. It is one of the most patriotic movies ever made in India. The film exposes the ‘divide and rule’ policy of the British rulers as well as the greed of the traitors of India. The perfect dialogue delivery and beautiful costumes suitable for the movies are all really wonderful. In Kappalottiya Thamizhan,  Sivaji Ganesan portrayed the role of freedom fighter, Nationalist and Patriot character of V. O. Chidambaram Pillai who founded the Swadeshi Steam Navigation Company to break the monopoly of the British over maritime trade out of India. Sivaji Ganesan essayed the main role in the movie, Bharatha Vilas, which laid emphasis on national integration and brotherhood. The song ‘Indhiya Naadu’ (from ‘Bharatha Vilas’) had lyrics, which laid stress on Bharatiya nationalism and fraternal ties.

SIVAJI GANESAN WAS BORN TO DON THE ROLE OF KINGS.

Sivaji Ganesan’s complete true to life portrayal of larger-than-life characters like in ‘Karnan’ and Veerapandiya Kattabomman’ are very memorable. Thus, Sivaji was able to play characters of Lord Shiva and Karna from Itihasa as well as historical characters like Veerapandiya Kattabomman, very well.  He made his characters come alive. Ganesan had the ability to make people smile, cry, feel anger and was thus able to create a variety of many other types of emotions, as well.

He essayed the main role in many religious movies. In Thiruvilayadal, Ganesan acts with great power and strength. The character of Lord Shiva has been portrayed with great elegance by Ganesan.

He has also acted in other landmark films like ‘Kandhan Karunai’.  His character as ‘Veera Bahu’ in the movie is quite amazing. In the movie, PASAMALAR, his acting prowess reached unprecedented heights.  The BROTHER character remains etched in our minds.  The extraordinary actress, Savithri plays the commendable role of a sister in the movie. Both their performances as brother and sister remain yardsticks for future generations of actors., who wish to essay the role of brother and sister.  PASAMALAR depicts the ideal brother sister relationship.

He was addressed as ’Nadigar Thilagam’, which means ‘The Highest in Acting’. He won the great French Honour, Chevalier Award in 1995.  He won the highest honour in Indian Cinema, when he was decorated with the Dada Saheb Phalke award in 1996. What a versatile actor Sivaji was. He could get into the skin of any character – right from Lord Shiva in Thiruvilayadal to a factory worker and rich man in PASAMALAR. The most important aspect of the performance of Sivaji Ganesan, the actor, is his consistency in acting performance! Whether it was ‘Parasakthi’ or ‘Veerapandiya Kattabomman’ or  ‘Raja Raja Cholan’ or ‘Thiruvilayadal’ or ‘Pasamalar’ or ‘Deiva Magan’, his performances were always consistent. He never failed to amaze his audience with his repertoire. Sivaji Ganesan remains an UNPARALLELLED ACTOR in INDIAN and WORLD CINEMA.

Thus, Thiru. Sivaji Ganesan portrayed patriotic and spiritual characters with perfection and passion. He was a staunch Indian nationalist, Tamilian and Hindu. He believed in one all-encompassing Bharat.

Author: Dr.S. Padmapriya, Ph.D., is Chennai based writer and thinker. 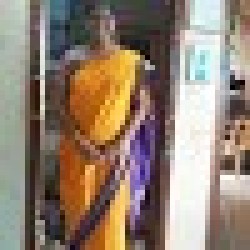