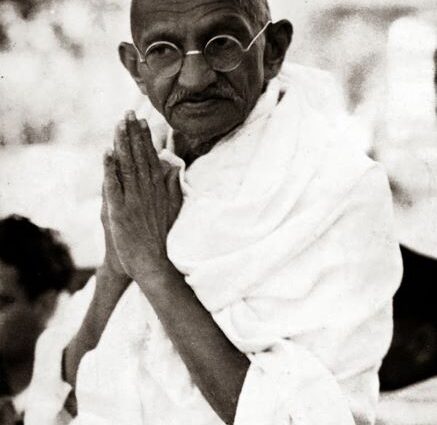 GANDHI: THE ONE-EYED MONSTER THAT CONTINUES TO PLAGUE HINDU PSYCHE

Today is what India’s political narrative calls Gandhi Jayanti. But is that a day that should be celebrated or should the day be remembered as the day the “ONE EYED MONSTER” was born.

Mohandas Karamchand Gandhi – the one eyed monster has long been celebrated as the saint of non-violence. But was he a saint or was he a monster? Why do I call him a one-eyed monster – He had one single ideological focus – Non-Violence which he mistakenly called Ahimsa. His singular focus on this single idea was such that it has enervated the generation of Hindus with a debilitating cowardice. By his own admission and in his own writings he has described himself as a child scared of his own shadow. As he grew up his fears only increased, a dark room, a secluded corner or a bush held unknown terror for him. He hid his cowardice behind a convoluted concept of non-violence, his inability to take action against injustice as non-cooperation, his weakness behind a veil of saintliness.

Gandhi is singularly responsible for injecting religion in politics and fuelling muslim separatism in Hindustan leading ultimately to the partition of Hindustan and creation of a monstrosity called Pakistan. Gandhi’s mistake continues to take a heavy toll on Hindus left behind in Pakistan and Bangladesh (East Pakistan).

Though Gandhi thought of himself as a deeply religious man, he had never read the scriptures or even the Bhagwat Gita (which he read much later in life and that too in English). This led to his developing a very skewed view of Dharma. Ahimsa attracted him and his Victorian sensibility mistook Ahimsa for non-violence.

It was Gandhi who tricked congress into a series of compromises with religious politics of the muslim league. The muslims were initially aloof from the freedom struggle and were encouraged to mainstream their islamic supremacist agenda. Gandhi’s willingness to inject their Islamic agenda into the nation’s struggle for freedom motivated first the demand for separate electorates for muslims and then the Khilafat Movement – muslim demand to seek dominion/slavery of the Turkish Ottoman Khalifa. Gandhi offered his unconditional support to the movement. Even when stalwarts like Tilak and Gokhale demanded that muslims leave the separate electorate demand, Gandhi opposed the idea. The infamous Jauhar brothers (Mohammed Ali Jauhar & Shaukat Ali Jauhar) and Dr. Mukhtar Ensari (Great grandfather of infamous mafia don Mukhtar Ansari) used Gandhi’s blind support to build their political career and stoke the flames of muslim separatism.

The congress under Gandhi, offered only verbal opposition to muslim separatism. Its support for muslim separatism increased exponentially till it led to anti Hindu pogroms and finally the death of Hindustan and birth of India and Pakistan.

Latest posts by Vineet Saxena (see all)
2022-10-02
Previous Post: Sivaji Ganesan – A True Nadigar Thilagam
Next Post: Battle of Haifa in the First World War and the bravery of Indian soldiers