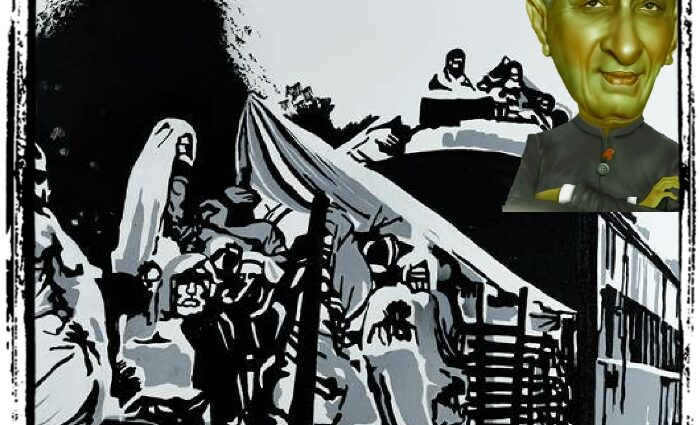 Once upon a time not so long ago, a playboy was about to land at Peshawar airport. He was a happy man when he saw the swirling crowds waiting for him down below. He felt like a king. However, just as his plane started its descent, a bullet whizzed past his window.

He did not notice but his pilot did. As he landed the aircraft a swirling mob of afghan tribesmen and angry muslims surrounded his aircraft. They were brandishing spears and swords. A few had rifles and muskets. A few more bullets were fired but this time by the police. They tried to hold off the surging crowds. Contrary to what our prim and proper playboy hoped, these people were here for blood and they carried the black flags of the muslim league. The police feared that the angry muslims might do him evil so they quickly whisked him away from the airport.

Our playboy was better known as Nehru and lovingly christened  by gandhi as “our own englishman” This is his story – the story of Nehru at the FRONTIER OF HATE. This is the story of a blind man who came face to face with the fury of political islam yet remained oblivious to the threat that would consume 10 million people within a year. This is the story of angry crowds of muslim leaguers and tribal chieftains.

Nehru’s visit to what was then known as Frontier (Now known as FATA/Khyber Pakhtunkhwa, Pakistan) was plagued with bad luck and evil omens.

It was 2 months since the great Calcutta Massacre of Hindus  by muslims led by Jinnah’s muslim league. But our playboy chose political expediency over justice for raped and amputated Hindu girls who were hung alive from the lamp posts of the streets of Calcutta. He ignored the drains choked with bodies of massacred Hindus. He forgot that he violence was led by the same muslim league with whom he had come to bargain.

On this sordid note let us begin our journey  with the desi playboy into the lair of islamic fundamentalism – the Frontier, the border between undivided Hindustan and Afghanistan. After freshening up and dressing up a dandy, Nehru went to meet with tribal leaders of the area (forefathers of Taliban). He was confident that his presence would drive the crowds of these simple minded tribemen delirious with joy. Well, he was not wrong, he did drive them delirious but not with joy. Everywhere he went he was met with unbridled hate. At  the first Jigra(Meeting of tribal elders and chiefs), Nehru was over joyed at seeing a crowd of 400 tribal leaders waiting for him. But as soon as he got up to speak so did the elders. they walked out of the jigra leaving him standing alone in the empty field. Undeterred, our desi playboy went to his second jigra meeting. Once again the elders walked out when he got up to speak. But this time he called out aloud that he had come to them with “love” in his heart. To which he got the frigid reply – “We will talk to Mr Jinnah if we want to discuss Indian Politics”.

The next day our desi playboy once again went out to visit the tribes and maybe blind them by his brilliance and oratory.  As his convoy was passing through the bloody gates of India – The Khyber Pass, tribesmen lined up on either side of the mountainous road. One tribal warrior picked up a stone and threw it at the playboy’s car, breaking the car window. This drove the crowds mad as they started hurling stones at his car. The military escort had to open fire to drive away the attackers. Nehru had to spend the night at the Khyber Rifles HQ. Next day as he was leaving the camp (fort), two old dented buses rolled onto the road and blocked his convoy. Immediately armed tribesmen came out of the buses and surrounded his car. The playboy’s military escorts opened fire and warned the attackers to stay back. But the attackers started pelting stones and just as they were massing courage to renew attack, the sepoys came out of the fort and opened fire to chase away the attackers. Our desi playboy got away easy with only a few minor bruises and cuts. That day the sepoys saved him from a public lynching.

In his report the frontier governor Olaf Caroe  wrote that these demonstrations were all league sponsored.

Our desi playboy had gotten first hand experience of the league’s double speak. Lord Viceroy Wavell (as part of his Breakdown Plan) had managed to put two unyielding personalities into an uneasy partnership. The partnership between a zealot and a fool was doomed to fail. The zealot had assured Wavell that he “gave no instructions to disrupt the congressman’s visit” And the fool got to experience, first hand, the lies of the zealot. YET the fool he was, he refused to learn his lesson and he in te ensuing riots in Delhi, personally intervened 6 times and all 6 were in aid of the same people who had divided our matrubhomi.

Vineet Saxena
Latest posts by Vineet Saxena (see all)
2022-08-22
Previous Post: Amit Shah, the BJP and IT Cell – All Caught with Pants Down; should RESIGN, re: Illegal Rohingya
Next Post: A DESI ENGLISHMAN & A FAKIR DID NOT WIN US FREEDOM

58,213 total views In the din of the Supreme Court verdict upholding 10%