Amit Shah, the BJP and IT Cell – All Caught with Pants Down; should RESIGN, re: Illegal Rohingya

Maulana Aamir Khan’s chadda wasn’t the only one down this week.  The utter buffoonery of the BJP surfaced regarding the 5-star welcome of illegal Rohingya by the Center and Delhi government.  India’s Union Minister for Housing & Urban Affairs & Minister for Petroleum and Natural Gas – Hardeep Singh Puri – put up a tweet boasting how “India has always welcomed those who have sought refuge in the country.  In a landmark decision all #Rohingya #Refugees will be shifted to EWS [economically weaker section] flats in Bakkarwala area of Delhi.  They will be provided basic amenities, UNHCR IDs & round-the-clock @DelhiPolice protection.” tagging @PMOIndia.  The dunce also put up a screenshot of news agency ANI who reported that 1,100 Rohingya staying in tents will be shifted to facilities-equipped flats with round-the-clock security.  Puri continued in his dufferness and tried to stick to LeLi idiots about how India follows the @UN Refugee Convention 1951 and provides refuge to all.
Puri is the minister of Petroleum and Natural Gas.  How much as he inhaled?  How stupid can the man be to not be aware that India never signed the 1951 Refugee Convention?  The Convention establishes that definition of a refugee and states that the 1951 Refugee Convention or the Geneva Convention of 1951 “is a United Nations multilateral treaty that defines who a refugee is, and sets out the rights of individuals who are granted asylum and the responsibilities of nations that grant asylum. The Convention also sets out which people do not qualify as refugees, such as war criminals. The Convention also provides for some visa-free travel for holders of refugee travel documents issued under the convention.” – Wikipedia
Is the Union Minister for Housing so daft that he is not familiar with whether India is party to the Geneva Convention or not?  While India may respect the United Nations Refugee Agency [UNHCR], it is not bound to UN regulations.  As soon as Puri tweeted, the Indian public was up in arms about the red carpet treatment of ILLEGAL (by above standard) Muslim Rohingya who have snuck into India, many have created or bought fake Indian identification cards and living off the Indian tax monies paid by the still majority Hindu population.
Indians are right to inquire about the obvious discrimination between the treatments received by Hindus who have escaped the brutal Islamic regimes of failing states – Pakistan, Afghanistan, and Bangladesh – who are living in squalid conditions in refugee camps within India without proper access to running water, electricity, gas, toilets, schools, and clinics, versus the kind, gentle and welcoming treatment given to the illegal entities from Myanmar and Bangladesh.
Soon after Puri’s big goof up, the Union Home Minister woke up from Kumbhakaran-like slumber and attempted to quickly quiet the rampant verbal fires by tweeting that the Ministry of Home Affairs [MHA] has not given any directions to provide EWS flats to Rohingya illegal migrants.  With this, numerous chamchas of the BJP tried mansplaining to everyone how Puri’s tweet was not true – though the tweet is still up and has not been deleted despite Puri admitting that the Home Ministry’s position on illegal foreigners is the truth, implying they will not be receiving flats or special treatments.  Then came along explanations about legal vs. illegal from Twitterati to muddy the waters even further sparking the million dollar question – are Rohingya with UNHCR IDs considered legal?  The obvious answer is ‘no’, they are NOT considered legal since India is not part of the 1951 UN Refugee Convention.
The story then gets worse and Amit Shah and duffers in the IT Cell all get caught with their pants down.  Here is the sequence of events —
The Foreigners Regional Registration Officer [FFRO] which is under the Ministry of Home Affairs [MHA] requests the Delhi government to find EWS accommodation for Rohingyas.
The Delhi government requests New Delhi Municipal Council [NDMC] for accommodation.  The NDMC has both Meenakshi Lekhi and Arvind Kejriwal as members and also all the officers in the NDMC are appointed by the Center. 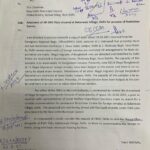 The NDMC then allotted EWS housing for the illegal Rohingya as per the request.
The Government of India Minister of Housing and Urban Affairs, Hardeep Singh Puri tweets and boasts about this.
The Ministry of Home Affairs then does a U-turn and denies allocating houses to Rohingya given massive online backlash; they also try to blame the Delhi government and the Thug of Delhi – Arvind Kejriwal – for its down jihadi appeasement stunt.
The BJP was then caught red-handed and went into a spin-doctoring mode to make us believe that vile Kejriwal requested for housing for the Rohingya and that the MHA had refused!
The story is being spun and spun with acronyms thrown in the reader’s face for obfuscation.  The BJP is not a Hindu party, at best, it is the Indian National Congress in saffron clothes.  The out-of-shape, out-of-touch ministers and babus are inept and running scared now that their ineptitude and Muslim appeasement have been exposed.
Modi-Shah and the BJP have no real-life experience to mitigate domestic or national security nor do they have the foresight to surround themselves with people who know more than them.  Their leadership has been a recipe for disaster as recently observed by the botched response to handling the Nupur Sharma case.  These clueless uncles and their IT cell cheerleaders continue to take Hindu votes and confidence for granted but dharmic continues to expose their hypocrisy and understand their priorities towards Islamists who will never give them votes nor consider them legitimate.  Hindus are not far behind in claiming the same.
SatyaV
Latest posts by SatyaV (see all)
2022-08-17
Previous Post: THE BREAKDOWN PLAN
Next Post: FRONTIER OF HATE

53,063 total views In the din of the Supreme Court verdict upholding 10%