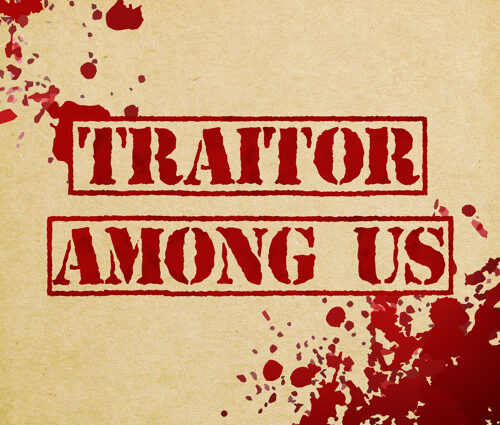 By: Leuchtturm
In: Opinion

Any attempt to understand the true nature of a perpetual enemy that poses existential threat to our dharma and our matrubhumi, it is now the turn of the mullahs & maulanas at the dawn of the 20th century. It was they who spread the word, the idea and dream of Pakistan – a land of the pure – form from the infestation of the kaffir, a land where nizam-e-mustafa reigns supreme.

Pakistan was and always will be the manifestation of the dream of the maulanas. But like so many Hindustanis, we are not really aware of the people who created Pakistan. For a dream to become a reality one needs a dreamer. Similarly for Pakistan to become a reality, it needed to be dreamed – from 16th century Sirhindi to the 20th century, Pakistan had remained an idea, an utopia with no name or shape. It was a dream, dreamt as a nation state by Maulana Shabbir Ahmad Usmani.

Unfortunately, the maulanas dreamt of a nation state that had no history, no political system, no social cohesion, no linguistic continuity, no religious homogeneity. Naively, the maulanas thought religion could be enough for their dream to come true.

And for a short time, religion was enough to make the dream come true in form of Pakistan. But unbridled religion runs amok, especially one that had no socio-cultural roots to hold it in check. Pakistan was plagued by the curse of too much religion. And if anyone was guilty for religion run wild, it was that maulanas and foremost of them was Shabbir Ahmad Usmani.

“To the world trapped in whirlpool of materialism and wandering aimlessly in the darkness of atheism, Pakistan wants to become the lighthouse showing a beacon of light.”

One of the truisms of our nation’s tragic history is that the ulema was committed to the idea of a puritanical state free from the scourge of kaffir Hindus, a nation based on and governed under the rules of islam and shairat, a nation called Pakistan. Nehruvian historians would have us believe that the ulema, particularly the Deobandi ulema were anti-partition and believed in “composite nationalism”. The truth is very different. The ulema, particularly the deobandi ulema worked tirelessly to drum up support for pakistan. Led by shabbir usmani these ulema broke away from the Jamiat ul Hind (JuH) in 1945 and formed Jamiatul Ulama-i-Islam (JuI). The JuI was created with the express goal of supporting muslim league in its demand for partition of Hindustan and cretion of pakistan. The JuI drummed up support among the muslims and countered JuH & congress critiques against pakistan. They claimed that pakistan was not just viable but would be a bulwark of islam against the rampaging modernity that was eroding the puritanical islam. The ulema led by abu ala mawdudi and shabir ahmad usmani provided theological justification for the creation of pakistan. In their support for the muslim league, they soon started influencing the philosophy of the league. The league, which started off as a political voice of the modern muslim, was transformed into a fundamentalist organization that used religion for political gains.

Usmani along with some other leading ulema eg mufti muhammad shafi and zafar ahmad usmani, left Deoband to travel around the country and drum up support for their dream of a separate nation. Usmani started issuing fatwas forbining support for congress and other pro Hindustan parties. He made it haram for muslims to support anyone opposed to partition of Hindustan.

He spread the teachings of sirhindi and waliullah to justify the idea of Pakistan. Hindu leaders, unaware and ignorant of the true nature of the demand of pakistan, tried to counter it with political accommodation with the muslim league. But it was futile. Every concession and accommodation offered was seen as a victory and further proof of the cowardice of the Hindu. This Hindu desire for peace, led by gandhi-nehru combine, emboldened the ulema & the league. They punctuated their demands with acts of senseless violence –  Calcutta, Noakhali, Lahore, Dhaka massacres of 1946 are notorious examples. Every time these acts of violence occurred, gandhi preached a non violence to Hindus to prevent retaliation against the rioting muslims. And every time the Hindus chose gandhian non-violence. This passivity of Hindus was taken as lack of courage by the ulema and vindication of the righteousness of their belief that muslims were superior to the kaffirs. Accommodation, peace overtures and lack of response to violence had an opposite effect – it fueled the ulema’s frenzy.

The ulema from Uttar Pradesh (home state of shabbir usmani) took the lead inthe demand for pakistan. They did not wait for any invitation from jinnah or his muslim league. They came forward to work for the idea of pakistan as soon as the viceroy announced the dates for the 1945 elections. Shabbir Usmani led the ulema to focus upon the idea of pakistan as the birthright of the Hindustani muslims. As their campaign gained momentum, they gathered support from their counterparts from Badaun and Bareilly. The U.P. based ulema felt the need to be better organized and hence took decisive steps to set up a nation-wide organization (JuI) to support the league.

In 1945, Usmani helped organize a national meeting in Calcutta under the aegis of JuI. In that meeting usmani preached against the evils of gandhism, communism and secularism. He painted gandhi as the great villain (this is what gandhi got for all his ishwaar allah tero naam).  He preached that the only way to fight these great evils was to revert back to the sharia and abandon all western influences (something that was possible only in the new state of pakistan).

The JUI made it clear that pakistan would be nothing but an islamic state. They demanded that the ulema have a greater role in governing the new nation. They wanted virtual carte blanche in passing legislations, administering law and regulating religious and cultural life. It demanded restoration of the institution of shaikhul islam ‘to act as the ecclesiastic head of the muslim millat’, and restoration of the office of the Grand Mufti working under the direction of the Shaikhul Islam for guiding and regulating islamic qazi courts all over Hindustan like the ones that had been in existence in pre-colonial era before its abolition by the British in 1864.

These Qazi courts were to be invested with ‘full authority to adjudicate cases of every recognized muslim sect according to its own school of fiqh or law’ and enforce the decisions of these courts.

·         Muslim communal properties belonging to the muslim community as a whole

The other statutory offices it wanted included –

·         Diwan us Shariat to guide legislatures and muslim communal life in matters concerning the sharia and culture.

The JUI made it clear that no bill or legislative or executive decisions or orders could or would be passed, moved or enforced in the new nation (concerning the sharia) unless it was approved by the Diwan.

With its overt religiosity the JuI, in course of 2 years, decimated the JuH, destroyed other muslim political outfits, alienated muslims from the congress and firmly planted the idea of pakistan into the minds of muslims. Their cadre was, in many places, indistinguishable from the league workers and from the local religious leaders. They ruled out of the local mosques and madarsas & provided the manpower for the movement called pakistan.

They were the cannon fodder of the movement called pakistan and they were led by maulana shabbir ahmad usmani. Usmani was a man who was so brainwashed by the ideas of sirhindi’s exclusivist beliefs and waliullah’s affirmations of perpetual hate and jihad against the kaffir, that he destroyed the nation he was born in. All in search for an utopia, pakistan, that he did his best to destroy.

52,687 total views In the din of the Supreme Court verdict upholding 10%