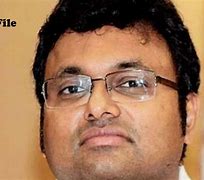 The Swindling Empire Of Chidambarams

By: Indian Patriot
In: Opinion

There is a movie called Schindler’s List and today after CBI raids on Karti Chidambaram for facilitating visa of 250 Chinese nationals the young scion of famous United Plunderers Alliance has entered the Swindlers List.  The Member of Parliament from Sivaganga & Member of All India Congress Committee and son of former Finance Minister P.Chidambaram is being investigated for his Chinese Link. The young Chidambaram is already facing probe under the Foreign Investment Promotion Board (FIPB) clearance for the Rs 305 crore INX Media and Rs 3,500-crore Aircel Maxis case. The ED investigations relating to money laundering cases are pending and he was arrested in February 2018, and he was granted bail after a month in March.

This is nothing new as the Young Chidambaram has often been accused of using his father’s office influence to get favours for Corporates. The matter is contentious and relates to national security as the Government of China is known to engage itself in overseas espionage in the guise of numerous front organizations and state-owned enterprises. The security of the nation had been compromised during the UPA regime when they allowed Chinese made telecommunications equipment to be used in critical infrastructure and telecommunication projects. And during the UPA rule in 2011 Chinese sent fishing trawlers on the coast of Andaman to collect sensitive information about geostrategic ally sensitive regions.

The bonhomie and love between Indian National Congress – Communist Party of China is nothing new. During the 2008 Beijing Olympics the Memorandum of Understanding was signed between then Chinese vice-president and standing committee member of the CPC’s politburo, Xi Jinping, and Congress general secretary Rahul Gandhi in the presence of his mother and party president Sonia Gandhi. And with the strengthening of the ties between the two organizations led to a series of decisions which compromised the internal security and sovereignty of India. The pact underlines sinister motives and involves national security. And the grant of visas to Chinese nationals using the office of his father P Chidambaram exposes the deep nexus between Karthi Chidambaram and the Congress Party with Communist Party of China.

Image sourced from the internet.

The Young Chidambaram appears to be unfazed and in a tweet from London he has stated to have lost count on the number of raids initiated by CBI against him. Market participants have stated that as Finance Minister P Chidambaram has violated norms in appointing his loyalists at key positions to have complete regulatory control. His son Karthi manipulated the Nifty and made huge gains. The recent arrest of Chitra RamKrishna the ex MD and CEO of the National Stock Exchange is the start of the process and more arrests could follow in days to come. In short, the noose is tightening for the Chidambarams.

52,885 total views In the din of the Supreme Court verdict upholding 10%