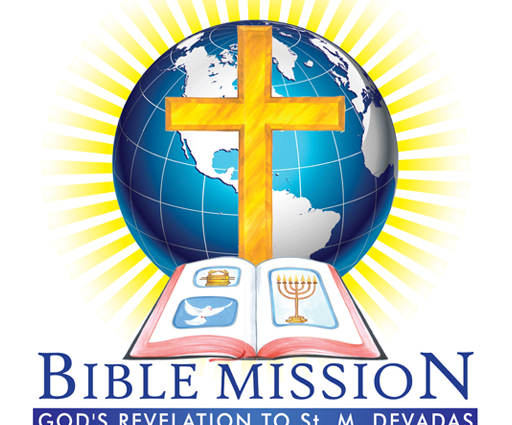 By: Gayatri N
In: News

A Dalit employee of Andhra Pradesh government was brutally attacked by evangelists of Bible Mission Church for raising objections against illegal erection of an arch with Christian symbols on public road.

The shocking incident came to light when the Legal Rights Protection Forum, a non-profit legal activist forum, Tweeted about it on the micro blogging site on 8.12.2022.

The Andhra Pradesh government employee named Venugopal belonging to Scheduled Caste Mala community, works as a junior assistant at the Mandal Revenue Office in Kadapa District. A FIR was lodged in this regard by the victim against the violent attack on him.  The said FIR reportedly mentions that on 22 November 2022 around 12 pm, Venugopal noticed few people constructing an arch with Christian motifs by encroaching on a public road near the YSR Statue at Ashok Nagar (Main) in the Chinna Chowk area.  When Venugopal approached these miscreants about the legality of these constructions on a busy public road, an evangelist named Prabhudas and his other colleagues from the Bible Mission Church attacked him brutally by grievously hurting him and also hurled abuses at him.

Venugopal’s mere raising of objection for causing public inconvenience and choking busy road space, landed him in hospital with grave head injuries caused by striking him with sharp objects. Venugopal was left with deep cuts and bleeding from behind his ears right across the mid-bottom of his head.

A FIR was filed on the basis of the complaint by the victim, Venugopal the same day in the evening at Chinna Chowk Police station in Kadapa, Andhra Pradesh.

The accused named in the FIR reportedly include an ex-corporator viz. Prabhu Kumar, Sunil, Bandi Prasad (an ex corporator), Devadas, Vinod and “other members of the Bible Mission Church”. The local police, have been reportedly very lax and half hearted while filing the FIR by firstly, not even bothering to mention the full names and addresses of the accused and secondly, not invoking the serious SC/ST (Prevention of Atrocities) Act as the victim belonged to the Scheduled Caste community and the Christian assailants hurled vilest of abuses on him while they beat him up mercilessly.

The local police have also not reportedly booked the accused for violating civic laws for illegal construction activity on the public road without permissions and causing public nuisance. The local police is said to have been quite accommodating by registering a spurious counter complaint by the accused Christian evangelists from the Bible Mission Church against the victim.

The legal activist NGO, SC ST Rights Forum, has taken up this matter and petitioned the National Commission for Scheduled Castes, requesting the Commission to carry out a thorough investigation of the case and also enquire why the SC/ST (Prevention of Atrocities) Act, 1989 has not been invoked against the accused evangelists brutally attacking the Scheduled Caste victim causing him serious head injury and attempt to murder.

The SC ST Right Forum reportedly stated to a media outlet that, “It is clearly appearing that the concerned police first filed a case against the victim intentionally. This raises suspicions that the police are trying to weaken the case and deny the basic rights of the poor Scheduled Castes. This is a deprivation of his rights.”

“People are questioning the blatant minority-appeasement policy of the local police and politicians and opine that, had Venugopal’s attackers been Hindu, the FIR and subsequent case would have likely been registered against the stringest provisions of SC/ST Act. Furthermore, the victim was surprised and disappointed to discover that the timings of the registration of both the FIRs, makes it appear like the attackers were first wronged by the real victim (Venugopal), after which Venugopal had filed a counter complaint against his attackers, implying a false motive and weakening his authentic complaint and potential of the case.”, SC ST Right Forum added.

The statements made by the SC/ST Forum in the matter clearly point out a biased and dishonest action of the Andhra police in keeping with the Christian appeasement policy of the Andhra government headed Jagan Mohan Reddy. It is pertinent to note here that over 145 ancient Temples have been vandalised in Andhra since Christian Chief Minister Jagan Mohan Reddy came to power in May 2019.

The Bible Mission Church as its name suggests is an evangelist organisation with the obvious aim to spread the word of Bible to non-Christians. It is reportedly a colonial era organization established in January 1938 and located in Gooty of Anantapur district of Andhra Pradesh and claims to be the “largest” church of its kind in the world. It is purportedly recognised by the World Book of Records, London as the world’s largest church. The church is said to have 114 branches spread across the states of Karnataka, Andhra Pradesh and Telangana.

The main church in Gooty, occupies a humongous 61 acres of land with a seating capacity of 60,000 people. It reportedly has facilities like a ‘prayer tower’, Bible college, large kitchen, residential facilities and water tanks, among other provisions. 50,000 students reportedly participate every month in the church prayers. The Church ostensibly claims to be working for the “social upliftment” of poor people.

It is quite obvious that the church and its evangelist mission are quite well funded but the Church formally denies receiving any foreign funds.

The central government needs to bring a law to completely outlaw all forms of conversions to Abrahamic faiths, forceful or otherwise, as it is quite a daunting task to stop the hydra headed international Church mafia from pumping in money and resources for dubious conversion activities and aiding Maoist subversion causing threat to national security of India.

53,249 total views In the din of the Supreme Court verdict upholding 10%