Conversion of Mizoram to Christianity

The Battle of Plassey in 1757 firmly established the British in India and they became undisputed rulers of Bengal, one of the largest provinces in India. It comprised present Bihar, Orissa, Bengal, Bangladesh and Assam. With due course of time, they also added Chittagong, the thriving south-eastern port in the province which did wonders for their trade. This also brought them to the immediate vicinity of North-Eastern hill tribes like Lushai, Chakma and Kumi, to name a few. These tribes inhabited the area of present Tripura, Mizoram and Manipur. These were aborigine people and occasionally raided the neighbouring tribes to collect the taxes and even heads of the people who refused. In the process, they also used to loot the items which they could not afford.

The habit of carrying off the heads of their victims had a reason behind it. A long time back, when these warriors used to raid the enemy territory, many enemies used to get killed. When they returned only with booty, nobody back home believed the stories of their bravery. They then started carrying some parts of their victims’ bodies to make them believe. Sometimes legs and sometimes arms were collected but later, heads were considered the most authentic proof of their valour. Though it sounds barbaric, the world over it was standard practice, especially in the Abrahamic world. Muslim soldiers of Pakistan had cut the heads of many of our soldiers as recently as during Kargil in 1999.

After the arrival of the British, people started paying taxes to the British, instead of Lushais. This dried their revenues and brought them on a collision course with the British. The latter named them head-hunters but adopted the policy of leaving the tribes on their own. One day, however, everything changed.

The British also occupied the Cachar hills in southern Assam where the city of Silchar is located. With time, they established the tea gardens in the area, which proved to be highly profitable. Soon a mania swept the region where tea planters began to start new gardens, expand their existing gardens and thus encroached upon the Lushai territory. One such tea garden was in Alexandrapur near Silchar which was owned by one George Seller. One day, he invited one of his close friends James Winchester and his 6 years old daughter Mary Winchester in 1870 as she was going to Britain for further studies. Mary was the illegitimate child of James and his Meitei (Manipuri) worker who died soon after the child’s birth.

Severely angered with the British, Lushais were looking for a chance to teach them a lesson. They got the wind of such celebration and swooped down on the tea garden in a pre-dawn raid. During the confrontation, a few people including James were killed but Seller somehow managed to escape. Mary was kidnapped and taken to Lushai headquarters. This created a media furore in London, a few days later. Mary was, however, treated like a queen by the tribal women. In one year of captivity, she became used to the Mizo lifestyle and forgot English completely. 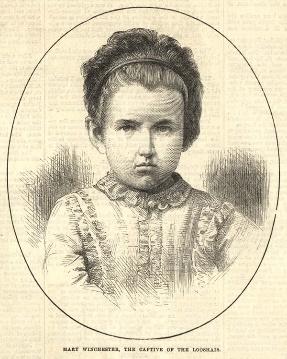 On 8th October 1871, after more than a year passed, the British attacked the Lushai hamlet and killed  everyone found resisting. Mary had to be dragged against her will by the British soldiers. She was then sent to Scotland to her grandparents.

However, the story has not finished for hapless Lushais and other tribes in the North-East. The missionaries saw their chance and dubbed the kidnapping and head-hunting barbaric. It did not matter to them that they killed every tribal in retaliation. It also did not matter that they carried out much more barbarity during the crusades and inquisitions. In 1857, the British unleashed savage punishment on the freedom fighters after the first war of independence. Many were tied in front of the canon and then fired upon. Their distant cousins, the Turks were even in the habit of making grotesque towers of heads. By 1898, the British captured the whole Lushai territory and missionaries started to have a field day. Arthington Mission and Welsh Presbyterian missionaries were the foremost in converting and within a decade they converted more than 1 lakh tribals. 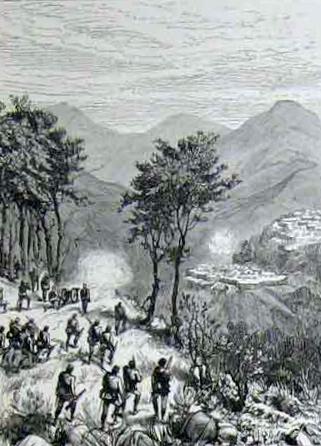 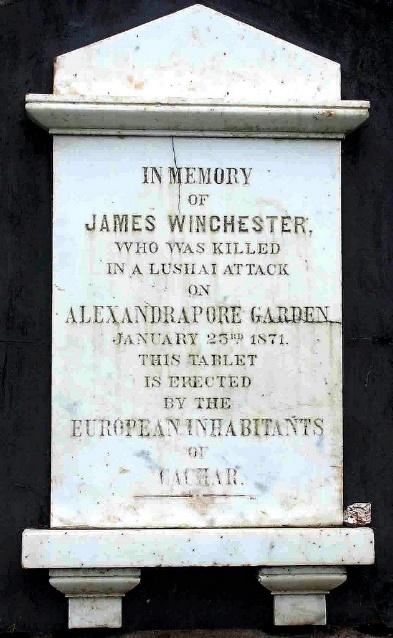 A story was deliberately spread that tribals had fallen into a trance after converting and they saw amazing visions of two brilliant lights that would shine in the land, one in the north and the other in the south. A plaque of James were made in the tea garden and they were routinely taken to Alexanderpur on an annual yatra to remind them of their savage past and how they were now the civilized people and they were now the children of only one true God. This further propelled the conversion after they were made to be ashamed of their ancestors, however, it is another matter that they were now converted from head hunters to soul hunters and church planters.

This is the missionaries’ standard template and they use it effectively to convert the people, the world over. Mizoram is consequently now a Christian state with 87% majority. Mary was deified as a Christian messiah and her photos with Jesus on her side are now in most Mizo households. Everyone was told that it was prophesied in the Christian texts like Isaiah 60:22 which stated, “A little one shall become a thousand and a small one a strong nation.”

Mary was projected as a little one.

Written by Amit Agarwal, author of the bestseller on Indian history titled “Swift horses Sharp Swords”. You may buy the book at the following link: 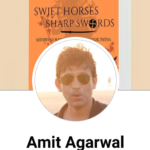 Featured image of article added by the editor, sourced from Outlook

58,153 total views In the din of the Supreme Court verdict upholding 10%