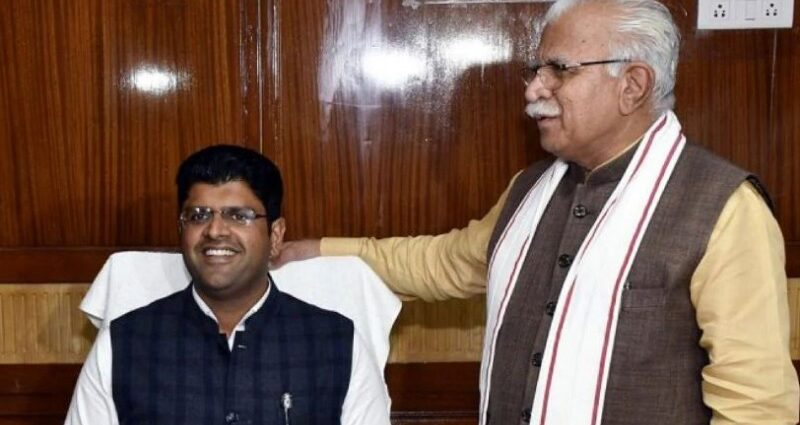 The Punjab and Haryana High Court recently stayed the highly questionable legislation by the BJP led Haryana government which reserved 75% of private jobs in the state for locals. This stay order was immediately challenged the very next day by the Haryana government in the Supreme Court and the case is likely to be heard this week.

It is surprising that BJP, which claims to be a nationalistic party came up with a narrow minded scheme in 2020 to restrict jobs paying salaries under Rs. 30,000 to domicile linked job quotas under the contentious Haryana State Employment of Local Candidates Act. The job quota extended to privately managed companies, societies, trusts, limited liability partnership firms, partnership firms employing 10 or more people. The BJP caved in to its ally JPP’s demands laced with parochial chauvinism under the garb of providing employment opportunities for the local youths.

PAROCHIAL CHAUVINISM IN OTHER STATES

Other states like Andhra Pradesh and Jharkhand have also legislated similar laws. Who can forget the violent scenes of attack on rehdiwalas or hawkers from UP and Bihar in Mumbai by the Shiv Sena and Raj Thackeray’s Maharashtra Navnirman Sena party goons in the name of protecting employment opportunity for the Marathi Manoos. Neither can one forget the Shiv Sena’s assault on South Indians in the 1960s and 1970s with derogatory slogan, “Lungi Bajao Pungi” as many South Indians held government jobs in major urban centres in Maharashtra like Mumbai, Pune etc which provided the ammunition for Shiva Sena to fan resentment against them.

Tamil Nadu, is infamous for its violent anti-Hindi, anti-North Indian crusades led by the DMK in 1960s along with its anti-Brahminical tirades. Even now DMK promotes sub-nationalism in Tamil Nadu by refusing to implement the three language formula in state government schools to teach English, mother tongue and Hindi or Sanskrit under the New Education Policy adopted by the Centre.

The Madras High Court had reprimanded the DMK government by asking why does it not want Tamil Nadu residents to not learn Hindi in government schools. Notably, for all the bile against Hindi ‘imposition’ by DMK, many of its top leaders own and run private schools which teach Hindi! It is quite evident that the DMK wants to deny knowledge of Hindi and Sanskrit to poor Tamilians depending on government school education so as to not lose their foot soldiers in their anti-Hindi, anti-Hindu driven politics laced with secessionist tendencies.

The said Ghaziesque law enacted by Haryana government patently violates the fundamental rights of citizens under Article 19 (1) (g) of the Constitution of India to carry out occupation, business and trade. It also restricts free labour movement throughout the country affecting production of goods, putting the economy under further stress already reeling under the slowdowns due to enforced Wuhan Virus pandemic lockdowns. Enterprisers lose the right to choose their semi-skilled/ skilled workers needed for specific purposes. It also retards competitive workers wage.

Pertinently, the Haryana government is represented by the Government of India law officer, Solicitor General Tushar Mehta defending this dubious parochial law in the Punjab and Haryana High Court and the Supreme Court. This sends a wrong signal as the central government cannot be seen as pandering to provincial chauvinism by backing exclusionary domicile based employment laws violating the fundamental rights of citizens of India in the name of ensuring employment for youth in Haryana.

Such myopic discriminatory laws made for political expediencies breed contempt among people, promote regressive regionalism, wreck the economy and even slowly feed secessionist tendencies. It is hoped that the Supreme Court junks this law without wasting much time by upholding the decision of the Punjab and Haryana High Court.

58,099 total views In the din of the Supreme Court verdict upholding 10%