By: Kalavai Venkat
In: Culture 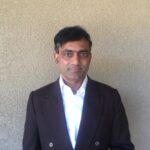 The ideologies of the left and the right are just the converse of each other. They are like two sides of the same coin. Their worldviews aren’t substantively different. Both are products of Abrahamic thinking. Both are predatory and materialistic. Neither recognizes anything as sacred. Virtually every crisis the world faces is the result of the predation of these two ideologies.

I will give an example. The earth is 4 billion years old. It took just a century for the West to turn it into an ecological disaster. Why so? Because Christianity teaches, “God gave us the earth. We have dominion over the plants, the animals, the trees. God said, ‘Earth is yours. Take it. Rape it. It’s yours.’” Historically, the only difference between the left and right has been that while the right is made up of the bourgeois, the left is made up of the proletariat. The thinking of both is shaped by the Christian teaching mentioned above. Neither considers the planet sacred worthy of preservation. Neither thinks that we have an obligation, which in Sanskrit is called ऋण, to preserve the planet for posterity. There is a reason for this. All Abrahamic religions anticipate the imminent end of the world. This end would be accompanied by an Armageddon. It would end up in an apocalyptic climax. They only differ insofar as the identity of the messiah who would usher in such a violent conflagration. Since the left and the right are shaped by the same Abrahamic worldview, neither feels it’s obligated to the next generation.

Hinduism is the very opposite of Abrahamic religions. It teaches that we have ऋण to our families, ancestors, environment, all other life forms, and posterity. This is a worldview which Hinduism shares with many other non-Abrahamic religions. Viewing the world as sacred has been key to preserving it. It’s not just the material world. Even knowledge and traditions are considered sacred which is why Hindus haven’t attempted to eradicate other faiths. It’s important to understand that the worldviews of Abrahamic religions and Hinduism are irreconcilable.

Therefore, Hindus shouldn’t self-identify as right-wing. India has a left-wing which is aligned with Abrahamic religions and espouses their worldview. We Hindus are completely opposed to that predatory worldview. However, we’re not the right-wing, which is merely the converse of the left-wing.

52,769 total views In the din of the Supreme Court verdict upholding 10%