By: Sumeet Mehta
In: Opinion

Only time will tell whether Putin becomes another Napolean or Alexander. India’s interests lie in being neutral and standing up for principles, equidistant from people on either sides and unaffected by their popular perspectives. India’s interests also lie in observing all events extremely closely, not driven by emotions but with equanimity to identify opportunities for India to project itself as an aspiring world leader, grab economic opportunities, and how to leverage on the same to grow, raise our stature in international fora, generate employment, attract global capital, and help Indian businesses expand globally.

The US and the Europe are going down. Slide of the Europe as a world power was completed with World War II. The US is entering the situation where the Europe was after WWI and shall slowly decline with time. Whether the US is able to apply breaks and arrest its slide to and revert to either a bipolar world or become a major influential player in the multipolar world, again only time can tell.

Putin has global ambitions, which he is slowly making evident. If my reading about Putin and his idea of Eurasianism is correct, Putin aspires to bring Western Europe (i.e. NATO) under his realm of influence. Major challenge to Eurasianism is China, who aspires to replace the US as the global super power by 1st October 2049, when it celebrates the Centenary of Communist Rule in China. Whether China succeeds in its ambitions, again only time can tell. Whether the world succeeds in breaking China, again only time can tell.

In such a situation, it is ideal for India to stay at a strategically neutral and independent position to focus on its own growth. This is not the time to take sides and become pawns of either NATO (read the US) or Russia in their power struggle claiming dominance over the other.

I believe India has taken the right stand of staying neutral by abstaining from voting either for or against Russia or the US. At the same time, it has upheld its values and principles, that condemns violence. This I believe is a very nuanced stance, because it presents our principle centered stand to the world, while opposing wrong moves of either sides, starting with the US (first by CIA and Soros who installed a puppet in position of power in Ukraine and then by NATO disturbing the balance of power in Eastern Europe by expanding eastwards into erstwhile Soviet Republics and client states who were party to Warsaw Pact) and now completed by Russia, who has subtly exhibited his ambitions of growing in the West. This is evident from the fact that Germany has announced an increase in its defense budget after seeing Russia’s aggression in Ukraine.

This is the time for India to stand for itself, for the values that it aspires to impress upon the world. This is time for India to focus on leveraging on its rising clout over the countries across the globe and generate benefits for itself and its people. This is not a short term process, wherein we will see results in a few years. This is a slow and steadily accelerating process that will deliver positive results after a few decades. First step towards building global influence is to grow economically. Second step is to then invest in defence and building our indigenous military industrial establishment that not only services our forces, but also various countries all over the world.

We dont know what the New World Order would be like. Then too, we definitely know that we can be one of the pivots influencing the New World Order, if we take right steps for next two to three decades. This calls for us having a policy centred around ourselves instead of erstwhile Nehruvian policy centered around the moves and intentions of the US and the Soviet Union and later Russia.

Our Government’s stand in the UN is the first step in that direction. 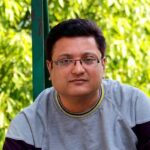 52,859 total views In the din of the Supreme Court verdict upholding 10%