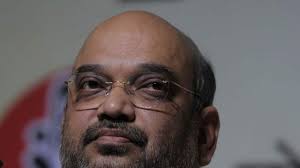 So, where is Amith Shah while Bharat burns?
The killings in Bengal, Kerala, and Kashmir have taken a turn for the worse and there was a point when Shah emerged from a rock formation for a bit to supposedly console a family who had lost a near and dear one.  He seemed to be a robot doing what is supposed to do.  However, it is a fair question for Indians to ask what his game plan is for the Hindu Rashtra.
Shah has been elusive – the first hints were during the Shaheen Bagh episode when the Adarniya Home Minister did absolutely nothing.  In his mind, this non-doing might have been a masterstroke and this might have been true in an alternate universe, though it was an utter failure in India.  As ghetto and secular India’s constitution is, it gives no community any right to disrupt OTHER people and their daily routines.  Shah seems to have slept through the murders and mayhem and began to be identified as a super weak minister.
The atrocities against Hindus in Bengal, Kerala, and Kashmir have increased and the karyakartas are being butchered like animals during eid.  No one from the political party in power seems to care.  The idiotic BJP IT cell is busy whitewashing the murders and waving BJP flags and we are to pretend that the flag is not soaked in Hindu blood.  Crimes against Hindu women have increased all over Bharat and the Home Minister is probably still busy celebrating iftar with the enemy.  Videos went viral over social media where raped and mortally threatened women were begging to be saved by the BJP/fellow Hindus.  The BJP party and most other Hindu brethren stayed silent.  The silence continues.
Why?  Because the leadership sucks.  Jaisa Raja waise Praja.  The leadership is worse than a mute spectator – it is anti-Hindu.  The direct and indirect messages Hindus are getting from the BJP are that their lives or votes don’t matter.  Young men are being butchered, hung, and decapitated and the party stays silent.  What does the party want to do with the majority and mandate given to them by the Hindus?  The answer is clear – absolutely nothing for Hindus.
The party is proposing to outsource Kashmir’s development to Jihadi desert cult nations.  Why?  So that the cross-border terrorism from Pakistan will stop.  What type of foolish yes-men are around Modi-Shah leadership?  These babu morons deliberately do not want Hindu Kashmiris to rehabilitate in Kashmir.  They are guaranteeing that Kashmir remains a jihadi land so that no jihadi will dare attack it.  Why don’t we build mosques on every existing Hindu temple right now?  That way, no jihadi will ever attack it.  This idiotic rationale is what Hindus have in the BJP leadership.
BJP is nothing but the Indian National Congress in saffron clothing.  All the nautanki about visiting temples and meeting families of the slain is just to fool the average Hindu who is happy being ignorant and secular in his daily life.  S/He is clueless about the jihad and civil war that are already ongoing in Bharat.  The Hindu is the least prepared for the halal genocide which awaits him and he can be thankful to the sleepy Shah and fellow babus who are probably busy filling their pockets with black money and cutting deals with jihadis.  For example, there are rumors that Shah’s son was caught selling halal products, and his unsavory attachments to urban Naxals and Bollywood jihadis are the reason Shah has gone into hiding.
The buck stops with the Home Minister.  Even Kumbhakaran woke up from his slumber and fought alongside his people.  No such luck with Shah.  Not to be too dramatic, but since Shah has overtly not lifted a finger to save Hindus from demons like Mamta, the soul harvesting Christian missionaries, and the ever-murderous jihadis, he’s got Hindu blood on his hands.  If someone is not capable of doing the job, they need to retire.  Dear Amit Shah, here is a suggestion for you – you are being talked about as the worst Home Minister ever.  Please do retire.
SatyaV
Latest posts by SatyaV (see all)
2022-05-30
Previous Post: The Catholic Church Continues to Build its Kingdom: Woke Pope Francis Names ‘Climate Change’ Cardinal
Next Post: Amit Shah, Please Consider Retiring. #WorstHomeMinister

52,621 total views In the din of the Supreme Court verdict upholding 10%