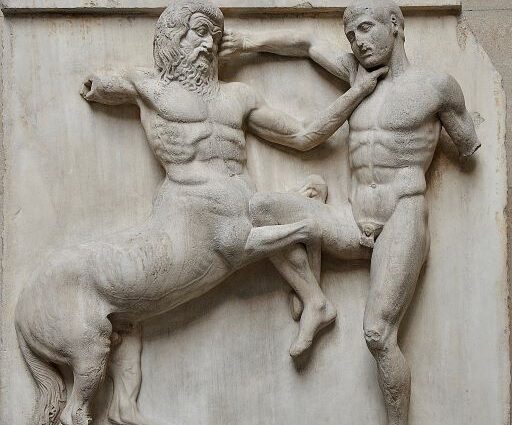 History Belongs to its Geography

The Elgin Marbles, designed and executed by Phidias to adorn the Parthenon, a temple of the goddess Athena on the Acropolis in Athens, are some of the most beautiful sculptures of ancient Greece during 447–438 BCE. At the peak of colonisation, there was a stampede among European powers to loot ancient artefacts worldwide. From 1801 to 1812, Thomas Bruce, the 7th Earl of Elgin of Britain, stole half of surviving sculptures of the Parthenon, Propylaea and Erechtheum, after sawing off the pieces of the 160-meter frieze and took them by sea to Britain via Malta, to decorate his house. They were proudly nicknamed Elgin marbles, instantly making Bruce a hero in Britain. To support his theft, he stated that he obtained a firman, some say fraudulently, from Ottomans who were then ruling Greece. After gaining independence from Turkey in 1832, no such document was found in Greek archives, and Greece promptly started its efforts to get them back.

Though Ottomans may indeed have issued such firman as friezes were pagan in nature and Muslims severely looked down upon such items. In a war in 1697 and even afterwards, they destroyed many sculptures and even used the temple as an ammunition store.

Nearer home, Kohinoor, was also stolen in similar circumstances after forcing Maharaja Duleep Singh to sign a document, making it a gift. Amravati, in Andhra Pradesh, too was lost    to the civilization till a chance stumble by Major Colin Mackenzie in 1797. It was a thriving monastic centre till the 14th century when the Islamic invasions put a full stop to its activities. After the disuse, the burgeoning jungle managed to cover and protect it for the next three centuries. Though the site was saved from Islamic invaders, it could not escape the plunder by another set of Abrahamic hunters, the British. After its discovery, all kinds of people, British and even Indians, made a beeline to plunder it. The site is now shorn of any stupa or sculpture, with only a few stones left intact. Some of the material was looted to build the local houses, while others were stolen by opportunistic hunters for private collection. Some 70 sculptures were exported to London in 1859, while many others were stored in Chennai Museum in a non-air-conditioned room, incurring excessive damage due to salty coastal air. The chief plunderer was Walter Elliot, Guntur’s then commissioner, as he did the most damage. He took some 121 pieces with him to London in 1860, later came to be known as Elliot Marbles. Such was the loot that now the British Museum boasts an entire Amravati gallery. No wonder museums in the First World are dubbed as chor bazaars.

Britain and other European powers thought otherwise in the 18th and 19th centuries as they were of the firm opinion that they would preserve the heritage far better than uneducated natives and it was the white man’s burden. They also treated India, along with Greece and Egypt, as living museums and did not have any guilt for the loot. European museums were offended and treated the viceroy order as an infringement of their rights when Lord Curzon tried to stop plunder in 1910s.

Millions of people worldwide, even a substantial chunk in India, still believe that Europeans and Americans did a proper job in preserving the ancient artefacts as many would have lost, had they been kept in Third World countries. However, it is not the entire truth. Kohinoor was cut to 108 from 186, Pitt diamond to 141 from 410, and Great Moghul diamond to 180 from 787, apparently to remove the impurities. Elgin marbles are no different as they have also suffered lasting damage by the various untested cleaning methods employed by Museum staff. Even the famous scientist Michael Faraday tried cleaning the marbles but couldn’t bring back the original hue. Similarly, in Ajanta, many British and Italian curators tried salvaging the ancient paintings but ended up damaging them even more. One particular adventurer even tried scrapping the entire wall painting of Ajanta but ended up wrecking it.

Even now, such thefts are regularly reported in newspapers due to the burgeoning demand in the western market for Hindu art. It has led to increased vandalism of our temples and other architectural sites. In 2016, $79 million worth of Indian antiquities went to the USA, half of their legal antiquity imports. The proceeds from selling one Buddha sculpture (one stolen from Mathura and illegally sold for $1 million) can bomb 12 Indian cities that would take at least 1,500 lives. That’s the price when a corrupt system lets a piece of Indian heritage smuggle out of the country. So, while Buddha spent every waking minute spreading the message of peace and coexistence, Islamic terrorists today are using his idols to support the exact opposite. Moreover, the continued theft results in cultural discontinuity, which puts the entire Hindu community at risk as children barely see anything to be proud of. Religious discontinuity is another collateral damage as many temples are now shorn of any vigraha, becoming lifeless in the process while an entire ecosystem revolved around them earlier.

The Greek government, unlike the Indian government, is putting all its efforts into retrieving the sculptures from Britain. Last month, the Vatican decided to ‘donate’ back the 3 Parthenon sculptures looted in the medieval era. The decision to “donate” the sculptures to the Greek Orthodox Church and not return them directly to the Greek state is a method for the Vatican to avoid setting a precedent that could affect other gems in its museums and other European ones. There is already a clamour among the victim countries worldwide to return the stolen artworks.

Just yesterday, the news was splashed around the world that Greece and Britain are in an advanced stage of talks, and the return is imminent. Back home, India was also successful in bringing back some artefacts, though of minor heritage. This can be gauged from the fact that since 975, India managed to bring back only 212 artefacts from foreign shores. More efforts must be put in to pressure foreign governments to return them.

53,169 total views In the din of the Supreme Court verdict upholding 10%