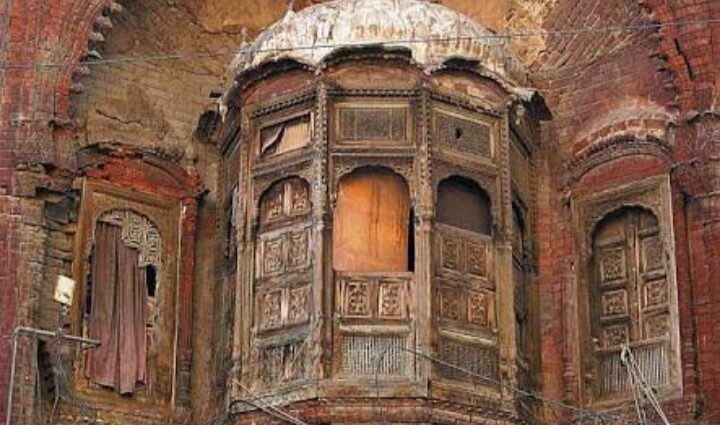 WHY LAHORE SHOULD HAVE BEEN PART OF INDIA?

By: Sushant S Raghuvanshi
In: Essay

There are two cities in Pakistani province of Punjab, Lahore & Kasur named respectively after the two súpútrãs of lord Rama Lúv and Kúsh. The city of “Labokla” mentioned in Ptolemy’s 2nd-century Guide to Geography is likely to have referred to Lahore. It is the birthplace of great Sanskrit Grammarian, ‘Panini’ and the capital city of Raja Jaipal of 10th century.

Fortunately, there are references, albeit few, that discuss some details of the city prior to the Muslim invasion, the earliest coming from none other than the second-century Egyptian astronomer and geographer Claudius Ptolemeus, famously known as Ptolemy.

In Geographia, his book detailing the world’s geography, he mentions a “great and grand city” known as “Labokla,” which, based on the similar name and location, was later identified by historians to be Lahore.

Then, in the seventh century CE, a second reference to Lahore can be found in the journals of Chinese scholar and pilgrim Hiuen Tsang who, upon visiting the region, speaks of a large city comprising many thousands of Hindu families.

And finally, the last most notable reference can be found in yet another geography book, this time Persian, called the Hudad al-Alam, considered to contain the oldest authentic document regarding the city. Written in 982 CE by an anonymous author, it refers to Lahore as a shahr (city) with “impressive temples, large markets, and huge orchards.”

Lahore & Amritsar were also called sister cities or twin cities as they share a close resemblance in terms of food, culture and traditions.

When Lahore was incorporated with Pakistan the population of the city, according to the 1941 Census was 64.5% Muslim and 35.5% Sanatani (Híndūs+ Síkhs).

In March 1947, when the government of Khizr Hayat fell, pro-Muslim League elements took over in the direct rule Governor of Punjab, Sir Evan Jenkins. By 1946, the Muslim League had become popular among Muslims of Punjab. It had managed to convince Muslims in Lahore that they would flourish under Muslim League government. It employed communal propaganda more effectively with administrative power post March 1947.  It began an intensive campaign for inclusion of Lahore in Pakistan.The demographics was systematically changed by the Pro Muslim league government by forced and brutal conversions and murders.

During pre-partition riots, the police in Lahore was overwhelmingly Muslim. It played a very partisan role during that point. Sikhs-Hindus lost confidence in the state machinery and thus began an exodus to Hindu India. Minority population started reducing in Lahore and it became more dominant Muslim majority city, which helped its claim to be part of Pakistan.

Lahore had a history of communal riots. In 1929, a Muslim youth Ilam Din was sentenced to death for stabbing Hindu publisher to death with a knife for publishing “Rangeela Rasul” (a satire on founder of Islam) which was written to counter three obnoxiously blasphemous works on Hindu deities circulated in mosques of Punjab. Hindu and Muslim relations turned hostile during this period. A few years later, in 1935, the Masjid Shaheed Ganj dispute between Sikh and Muslim zealots turned into a bloody fight. These incidents disturbed the religious fabric and bridged a wide opening.

Lahore with Muslims in majority constituted 64.5% but Hindus and Sikhs controlled approximately 80% of the city’s assets for eg. Sir Gangaram Hospital, Gulab Devi Hospital, Janki Devi Hospital, Dayal Singh college & Dayal Singh Library etc. Radcliffe had originally planned to give Lahore to India. When speaking with journalist Kuldip Nayar, he reportedly stated “I nearly gave you Lahore. … But then I realised that Pakistan would not have any large city. I had already earmarked Calcutta for India. When Sir Cyril Radcliffe was told that the Muslims in Pakistan have a grievance that [he] favoured India, he replied, “they should be thankful to me because I went out of the way to give them Lahore which deserved to go to India.” Time constraint & lack of expertise in the South Asian population were also factors in drawing the Redcliffe line.

The Shri Ram Temple in Lahore defining its identity was said to be as old as the Ram Temple in Ayodhya destroyed by Babur. The beautiful entrance, pillars and mesmerizing dome of the temple with its exquisite idol was the life of Lahore city.

In 1992, in the wake of the Ram Janmabhoomi Mandir movement at Ayodhya, the Pakistani editor of ‘Nava-e-wakt’ wrote, ‘Although our country is Islamic, the ancient Shriram mandir of Lahore stands safe. Lahore, which was established by sons of Shriram, Luv and Kush is safe and we are proud of it. For all the big boast, the Pakistan government destroyed the glorious temple for constructing a six storey shopping complex.

The Pakistan government demolished this iconic temple in such a manner that there is no trace of the temple left. This temple had an area of one acre, but nothing remains of it now.

There is a famous quote in Punjabi, “jinhen lahore ni dekhya vo jameya-hi-nahi” Meaning those who have not visited Lahore, have not enjoyed life. Can the same quote be stated today? Of course not. And today’s Khalistanis, while demanding for Khalistan, forget about the fact that the capital of Sikh Empire was Lahore.

Lahore was a spirit once cherished by the Sanatanis which is no longer alive. Today Lahore lags behind all the other cities of the Indian subcontinent in terms of development and culture preservation. Ishtiyaq Ahmad says “Cosmopolitanism was the first thing to disappear after partition”. Seventy years on, Punjabis on both sides of the Radcliffe Line continue to use words like ‘batwara’ or ‘vand’, the word for division, which overtook the euphoria of ‘independence’ and ‘azaadi’.

The temples, once abuzz with throngs of devotees, now lie desecrated and abandoned, and Hinduism, a religion that once permeated a city that now hosts 11 million people, survives in just two publicly functioning temples — the Krishna Mandir on Ravi Road, and the Valmiki Mandir in New Anarkali.

After being severely damaged by Muslim rioters in response to the 1992 demolition of the blighted disputed structure in Ayodhya, both were consciously reconstructed, for safety’s sake, to blend in with the city’s architectural milieu, and so, from an outside perspective, exhibit almost no external markers of a typical Hindu temple.

1. “Scoop! : Inside stories from the partition to the present” by Kuldeep Nayyar

4.”In search of Shiva : A study of folk religious practices in Pakistan” by Haroon Khalid

53,085 total views In the din of the Supreme Court verdict upholding 10%