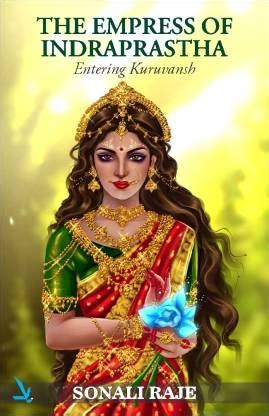 By: Amit Agarwal
In: Books

Revenge is not always better, but neither is forgiveness; learn to know them both so that there is no problem

– – a profound quote of Draupadi from Mahabharat

The book is an original and unique retelling of Mahabharat from Draupadi’s story. The author has mentioned in the disclaimer that creative liberty was taken. But that does not alter the epic as we know it and for me, that was important. Mahabharata is an epic where every character has shades of black and white, with everyone remaining fallible. It has also captured almost every human emotion. Every crime has been committed in the epic. Most of the characters broke the rules of society and the battlefield with even Krishna had to call his Sudarshan chakra in the war despite taking the vow to remain weaponless. Another peculiar characteristic of the epic is that most characters tied themselves with unnecessary vows. Almost all the characters were either blessed with the vardaans or cursed with shraaps. All these parameters and variables made the epic highly complex. The author Sonali Raje was able to capture the dilemma, confusion, revenge and regret of the characters, especially Draupadi, well. 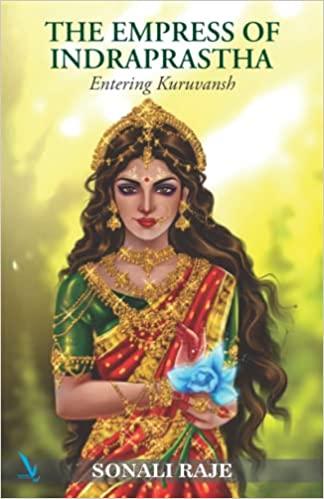 The cover page’s beauty and aesthetics increase a book’s saleability. This book hits the nail in this department. I loved the cover page as it is so mesmerising, probably the author modelling it after herself. The author has highlighted Draupadi as an intellectual, shrewd politician. Most importantly, the author has struck a balance – not too liberal nor very conservative. I liked that Draupadi’s extra special affection for Arjun was well portrayed. Her relationship with Sahadeva was a fresh concept. Usually, he does not get much space in any narration. The creativity of Draupadi’s interaction with Karna’s wife and children despite not being interested in Karna was an exciting part. The author also stressed gender equality throughout the book, portraying Hindu society as far more egalitarian than others. The way Draupadi wanted to handle her life tells so much about our ancient civilization.

The weaknesses of Draupadi have been well brought out. Her emotions often took over her, setting the catastrophic chain whereas she should have been more composed as a princess and queen. In contrast, her brothers and Krishna were portrayed as well-balanced persons. Her designating Karna as ‘sootputra’ in her swayamwar and laughing at Duryodhana in Indraprastha set the two sets of cousins on the warpath.

Apart from Draupadi, the author presents all other characters in the Mahabharata, including the role of Krishna, as powerful, thoughtful, and courageous. I also liked her conversations with Krishna and the part about her visit to Dwarka. Simple language, logical flow, and balanced storytelling, all combined to form an engaging narration. Even though the story of Pandavas has been told and retold millions of times, the chronicle evokes freshness. It is a must-read book for Hindus who want to know more about their glorious ancient civilization. The plethora of books on our epics and Puranas will definitely inculcate pride in our culture and heritage in the young generation. 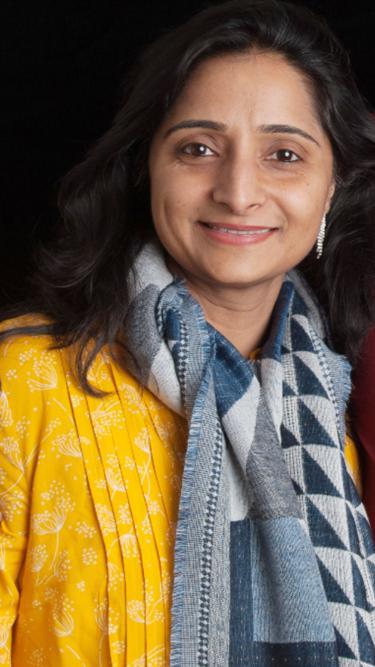 There are some errors like Raag Jaunpuri which did not exist in those times but that does not distract from the narrative. The book is also a little short, as I was left wanting more.

The author, an IIT graduate, created realistic, trustworthy narratives that keep readers hooked till the end. Right now, a chemistry professor in a prestigious US college, she wove the story dextrally and made the readers time-travel to those ancient golden eras.

The novel finishes at a cliff-hanger moment, keeping us salivating for her next book in the series, which comprises five volumes the author hopes to publish soon. If properly advertised, the book has the potential to be in a bestseller league.

I will definitely recommend this book to everyone.

*The reviewer is author of history books, ‘A Never Ending Conflict’ and ‘Swift Horses Sharp Swords’.

Latest posts by Amit Agarwal (see all)
2022-09-08
Previous Post: WHY LAHORE SHOULD HAVE BEEN PART OF INDIA?
Next Post: Wakf Board Claims Two Entire Villages with Temples, Temple Lands & Thousands of Acres Property Across Tamil Nadu. 

53,201 total views In the din of the Supreme Court verdict upholding 10%