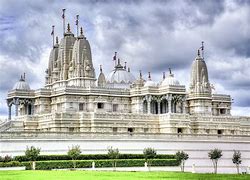 US Schools Bullying Students to Accept Anti-Hindu Propaganda as Curriculum

By: Arun Anand
In: Analysis

The moral grandstanding of the United States as a watchdog of human rights in the global arena has come under the scanner with a damning report of its own record of human violations against religious minorities especially Hindus. The US educational institutions are indoctrinating their students with anti-Hindu propaganda, according to a recent report by a New Delhi-based think tank, Centre for Democracy, Pluralism and Human Rights.

Indoctrination of Students on anti-Hindu propaganda

This report titled ‘USA Human Rights Report’, interestingly, points out how the US uses its middle school curriculum to bully students into accepting the Bible as the historical truth and it coerces Hindu students to give up their religious beliefs and learn that their religion has no divinity in its origin but was manufactured by a racist group of people called the Aryans. These Hindu students also have to go against the religious beliefs instilled in them by their parents and answer in their graded assignments that their religion is a human creation and the religious works such as the Vedas which they consider to have been divine revelations made to sages were simply made up by human beings to exert their power. Both the state and federal judiciaries have been complicit in this religious war against Hindu children, says this report.

It further adds, “Textbooks throughout the country indoctrinate children with Biblical claims while presenting Hinduism in a hostile manner. In California, the sixth and seventh-grade history curriculum requires students to learn that miraculous events in the Bible were actual historical events. The curriculum does not make the distinction between Biblical mythology and history, and biblical narratives such as Moses hearing a voice and Paul having a vision are taught as actual history with even dates assigned to the mythological events. The teacher’s edition of one textbook implores teachers to tell students that the Egyptians could not capture the Israelites because “the Lord made the wheels fall off their chariots.” A students’ workbook requires students to match Biblical artwork with Biblical verses with an instruction to teachers to talk more about the verses. Conflating mythology and history and teaching them as facts to young children with impressionable minds constitutes religious indoctrination.

An expert report by Professor Joe Barnhart, an expert on religion, describes several problems that amount to Biblical indoctrination in these California’s textbooks. In contrast, Hinduism is singled out for hostile treatment with the textbooks stripping Hinduism of belief in the divine, presenting it as a human construct and an oppressive social system, and even using offensive language and imagery with a picture of a pig eating out of an overflowing garbage bin as representative of Hinduism. Hindu beliefs are often held up to ridicule in these textbooks. For example, the textbooks noted when discussing the Hindu epic Ramayana: “[T]he monkey king Hanuman loved Rama so much that it is said that he is present every time the Ramayana is told. So look around — see any monkeys?” Clearly, the relevant California Education Codes forbidding the negative descriptions of various religions are not applied in an equal manner to all religions.

These narratives are not merely the actions of private publishers but are state policy as two state policy documents, known as the California History-Social Science Standards and the California History-Social Science Framework, that define how various religions should be taught to students require Hinduism to be described in a derogatory manner while treating the mythological claims and characters of Judaism and Christianity as historical facts with dates.

This is opposite of how Hinduism is described. The History Framework document describes the origin of Hinduism as priests who “assumed authority” and “expounded” ideas. The process to adopt these materials too was discriminatory with the officials and their experts making disparaging statements against Hindus. The officials also discriminated against Hindus by accommodating requests from Jews, Christians, and Muslims to treat their religions with sensitivity, while making hostile comments against Hindus for making identical requests.

According to the report, “When Hindus filed lawsuits challenging the unequal treatment of religions and pointed to state laws forbidding the negative description of any culture including religious cultures in educational materials, the White judges belonging to the Christian and Jewish faiths precluded challenges to the curriculum under the principle of the equal application of the law and made the startling claim that equal protection under the law was not applicable in cases related to education, and the state officials had the authority to apply the education codes in a selective manner.

The precedent used by the court to reach this conclusion was a prior ruling that had legitimised the use of the disparaging slur “nigger” in the school curriculum and had given immunity to school districts when they used the slur to target Blacks. That racist precedent, Monteiro v. Tempe Union, was about the right of schools to selectively target Blacks and include literature that used the racial epithet “nigger” and was ruled upon by judges in the 1990s who had been appointed by Jimmy Carter. Applying this precedent in the case filed by Hindus extended the right to target Blacks with the use of an ethnic slur “nigger” in government-created policy documents which had originally been drafted by White professors at the University of California at Davis.

History of religious discrimination in the US

According to the report, since the establishment of the United States of America, various types of religious discrimination have been practiced mainly by the people of the dominant religious identity. With the coming of the European Protestants to the country, the first people to have suffered were the indigenous Native Americans and their divergent religious practices of tribes- ranging from monotheistic to polytheistic, animistic, and more, and, the Roman Catholics. The perpetual religious conflict between the Protestants and Roman Catholics of Europe came to the US too along with the early settlers. By the onslaught of the 20th century, the Jews faced systemic discrimination, known as anti-Semitism at the hands of dominant Christians, occupying most of the high positions socially and politically. Through the First Amendment to the Constitution, the federal government was to consider persons of all religions equally.

The text of the First Amendment of the United States Constitution contains two clauses known as the Establishment Clause and the Free Exercise Clause, which purportedly guarantee that there would be no interference by any religion in the functioning of the government and that religious freedom would be guaranteed.

In 1947, through the landmark Everson v. Board of Education case, the Establishment Clause was extended to the states along with the federal government. That mandated the way for a sharp distinction between religion and government to be maintained and no discrimination to be made on the basis of religion by the federal as well as the state governments. The United States of America is also a signatory of the International Covenant on Civil and Political Rights which guarantees that “no one shall be subject to coercion which would impair his freedom to have or to adopt a religion or belief of his choice” and requires that “the liberty of parents and, when applicable, legal guardians to ensure the religious and moral education of their children in conformity with their own convictions”.

“However, in practice, religious freedom is available to members of the majority of Christians who as per the 2011 data from Pew Research Center’s Forum on Religion and Public Life, the US has the largest Christian population, which is 11.3 per cent of the world’s population, almost two-thirds of them being Protestants. In the same year, the US’ Christian population was 79.5 percent of the total population of the country.”

The report further adds that in 2020 as per the American Values Atlas data, Protestants form the biggest population of the US, followed by Catholics and other variants of Christianity. Jews form 1.4 per cent, Muslims, Buddhists, and Hindus are less than 1 per cent each, whereas other non-Christians are less than 4 per cent. It is these 7 per cent non-Christian religious minorities of the US who face religious bias. Among these too, maximum discrimination is faced by the practitioners of non-Abrahamic religions — Hindus, Buddhists, Sikhs, and others.

The writer, an author and columnist, has written several books. Views expressed are personal.

52,779 total views In the din of the Supreme Court verdict upholding 10%