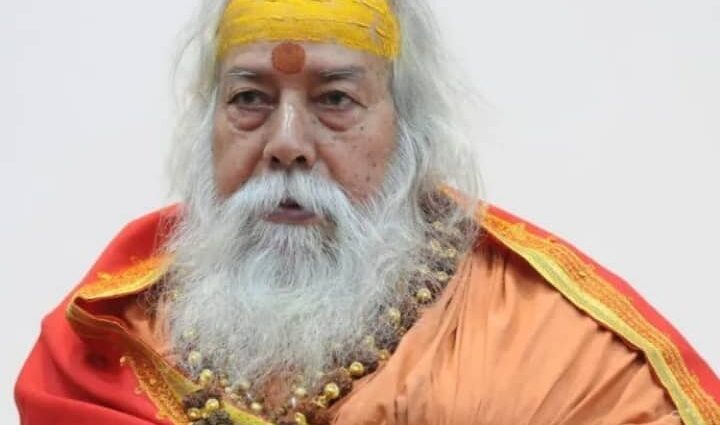 The Government of India, like a faithful former colony of Great Britain declared a day of national mourning on the demise of Queen Elizabeth II much to the consternation of many nationalist self-respecting citizens of India. It was particularly shameful as the Queen represented a system of loot, plunder, murder and oppressive colonization which robbed a staggering $45 Trillion of wealth from India and left us in abject poverty and dismembered India with a bloddiest deadly partition.

It is surprising that soon after, Shankaracharya Swaroopanand Saraswati passed away without any official recognition nor official mourning from the Centre. The Shankaracharya is one of the holiest and highest revered seer for millions of Hindus in India and worldwide. It is appalling that the government of India thought it fit to accord a mark of respect for an English Queen while it chose to ignore the passing away of the holy Hindu seer.

The Hindu Janajagruti Samiti (HJS) through its national spokesperson, Shri Ramesh Shinde has written a letter to Prime Minister Narendra Modi and Home Minister Amit Shah for a declaration of a day of national mourning to honour the Shankaracharya’s dedication and immense contributions for protection and preservation of thousands of years old rich Dharmic traditions, scriptures and Vedic culture.

Shankaracharya Swami Swaroopanand Saraswati Maharaj passed away on 11th of September 2022 at Sri Jhoteshwar Dham in Narsinghpur district of Madhya Pradesh, at the age of 99 years.

The letter noted that Shankaracharya was regarded as the highest Dharmaguru of Hindus and described his various achievements for protecting and preserving Hindu Dharma,  He was the Shankaracharya of two ‘Peethas’ viz. Sharadapeetha at Dwaraka and Jyotishpeetha at Badrinath, out of the four ‘Peethas’ founded by Bhagavan Adi Shankaracharya. He left his house at the age of nine years and served Dharma.

He learnt ‘Veda-Vedanga’ and other ‘Shaastra’ at Kashi (Uttar Pradesh). He became the best disciple of ‘Dharmasamrat’ Karapatri Maharaj and dedicated his whole life to the protection of Dharma and the nation. At the age of 19 years, he had even joined the freedom struggle and participated very actively in the ‘Quit India’ movement started by MK Gandhi against the British in 1942, and was imprisoned for 15 months – nine months at Varanasi and six months in Madhya Pradesh jails. The letter emphasised that he was known as a ‘Revolutionary Sadhu’. It further stated that the Shakaracharya’s contribution in the fight for reclaiming the Sri Ram Janmabhoomi Mandir is noteworthy.

Shri Shinde also asked in his letter if the supreme Hindu Dharmaguru Shankaracharya is not honoured with national mourning in a country of origin of Hinduism where Hindus are in majority where else can it be expected to be officially recognized? He hoped that the trend of insulting Hindu Dharmagurus under the Congress rule in the past 70 years would end with a pro-Hindu government headed by Shri Narendra Modi giving the much needed honour to Hindu Dharmagurus.

52,671 total views In the din of the Supreme Court verdict upholding 10%