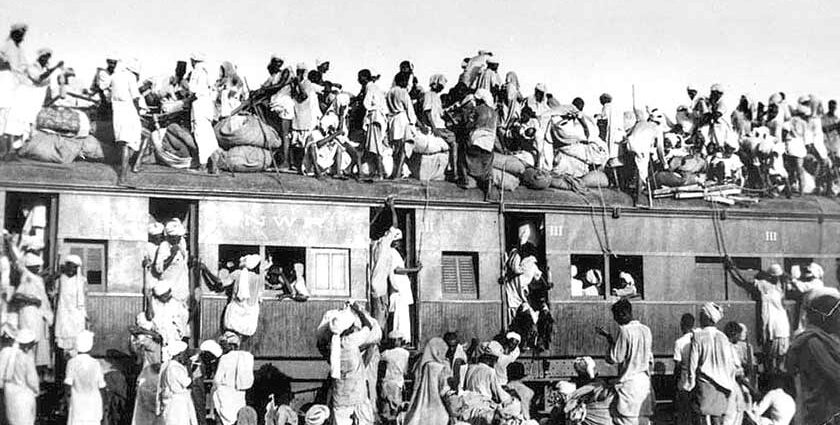 Along with the partitioning of land, there was the provision of a division of each and every asset. After land, money was the most critical asset. However, India was more eager to part with the money than Pakistan was ready to receive.

Vide the partition terms, India had to reimburse Pakistan’s share of Rs 75 crores. The first tranche of Rs 20 crore was made in a jiffy, right on 15 August, surprising even the Pakistanis. However, shortly after the partition in 1948, when Pakistan attacked Kashmir, the remaining 55 crores were held up by Sardar Patel. Gandhi, however, did not like this a bit, and as his wont was, he promptly went on to fast so that funds be immediately released to Pakistan, which he thought was ethically theirs, no matter the murder of lakhs of Hindus and Sikhs, not to mention the attack on Kashmir by Pakistanis. As Gandhi remained intransigent, the government was forced to backtrack and decided to release the remaining amount. However, when Gandhi was assassinated in January 1948, Patel decided to shelve the transfer of the balance amount.

After the deduction of expenses, the outstanding amount of Rs 48 crore is still shown in Pakistan’s books as receivables from the RBI. The State bank of Pakistan keeps adjusting this amount for inflation, appreciation of securities and exchange rate changes over the last seventy-five years since independence and claims that India still owes it an astronomical Rs 600 crores.

On the other hand, even antiquities were not spared and there was vociferous demand from Pakistan for their equitable distribution, especially of ancient Indus Valley civilization seals and idols. Though in the past, they used to despise and destroy such artifacts having human and animal images, Pakistan, this time, was hell-bent on having its fair share. As it happened, there was a new national museum in Delhi in the early 1940s, and most of the antiquities were transferred there from the existing Lahore Museum. After the partition, Pakistan demanded the return of the Mohenjo-Daro and Harappa pieces as they were excavated in its territory. Always eager to show its generosity, India decided to share some 12,000 objects, primarily sherds of pottery, with Pakistan. The process was taken to an absurd level—as was frequently happening at that time—when the priceless heritage pieces were broken in half for the supposed equal division. There was a carnelian and copper girdle, a necklace from Mohenjodaro made up of precious gems and two gold necklaces from Taxila, which were broken to have an arithmetic division. The two most famous 4500-year-old figures, ‘Dancing Girl’ and ‘Priest-King’, ran into a characteristic dispute. Due to bureaucratic hassles, India did not return it till 1972.

After the Shimla agreement, despite India’s resounding victory, Indira Gandhi generously offered Zulfikar Ali Bhutto to choose between the two most famous figurines. Capitalising on a lifetime offer, Bhutto gleefully chose a bigger ‘Priest-King’, causing India to settle with a more petite ‘Dancing girl’. One probable reason for him not choosing a more-celebrated but naked ‘Dancing girl’ was that it might have been offensive to society back home. However, always looking for mischief, Pakistan is still not satisfied as Pakistan contends that ‘Dancing Girl’ is to Pakistan what Da Vinci’s Mona Lisa is to Europe.

Nowadays, there is a growing movement in Pakistan in which ‘Priest-King’ is increasingly identified as Abraham, being made a part of biblical mythology, perhaps in an effort to get rid of remnants of their Hindu past. As with the outstanding money, Pakistan, every now and then, keeps demanding the ‘Dancing Girl’.

Given the propensity of Hindus to look magnanimous, one fine morning in the not-so-distant future, you may read the news about transferring ‘Dancing Girl’ and Rs 600 crore to Pakistan.

Latest posts by Amit Agarwal (see all)
2022-09-01
Previous Post: Trading relations of India with Rome in the Gupta era
Next Post: Subhas Chandra Bose: The True Father of the Modern Indian Nation

52,847 total views In the din of the Supreme Court verdict upholding 10%