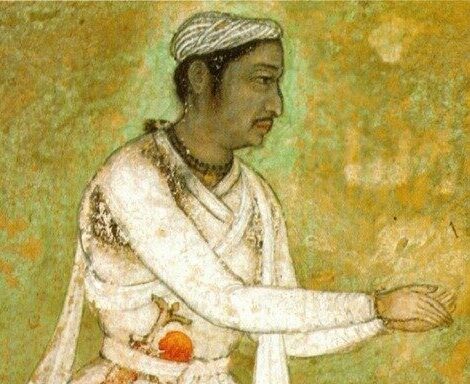 How Tansen was forced to become Muslim

Tansen was born Ramtanu Pandey in 1500 to a prominent poet and musician Mukund Pandey. He strongly influenced his son and raised him in an environment where classical music was an essential part of day to day life. In childhood, he learnt the music from his guru Haridas and became trained in Dhrupad style. At that time, the Bhakti movement was at its peak and the shift was from Sanskrit lyrics to the local languages. Ramtanu made all his compositions in Brajbhasha to be close to his roots. He wrote many scintillating verses praising various Hindu gods and goddesses, richly drawn from Puranas and epics.

Soon his fame reached far and wide and he could find employment in the court of Ramchandra Singh, king of Rewa (in Madhya Pradesh). When Akbar came to know of his abilities, he invited Ramtanu to be part of his court. Initially, he refused to be part of such a coterie, but Raja of Rewa convinced him to go for the betterment of his career. Finally, Tansen became a darbari in Akbar’s court. Sometime before, he came into contact with Persian musician Muhammad Ghaus, who was also a veteran in Akbar’s darbar. It was a turning point in his life as he increasingly became influenced by Sufi culture.

A few accounts state that Tansen was acquainted with Ghaus from childhood. In one such report, in all probability an Islamic one, Tansen was born with a low IQ. His parents went to seek the blessings of Ghaus, who took out a supari from his mouth and inserted it into the mouth of young Tansen. Lo and behold, Tansen started becoming brighter that day onwards. In another account, Tansen’s parents were childless and with the blessings of Ghaus, Tansen was born. The commonality among such accounts was that Ghaus had a disproportionate influence throughout the life of Tansen.

He was an accomplished artist; hence, there are various anecdotes surrounding his musical skills. On the instigation of various other jealous darbaris, Akbar once asked him to sing Raga Deepak and light the surrounding earthen lamps. In another incident, he sang Raga Malhar to beckon the clouds to rain in Agra. Such was the sweetness in his music that he was said to have tamed a furious elephant once. After seeing such miracles, Abul Fazl declared that “a singer like him has not been in India for the last thousand years.” Tansen also codified the plethora of ragas, standardising at least 400 such compositions. He wrote ‘Sangita Sara’ and ‘Rajmala’, important texts on music. He is rightly considered the father of Hindustani music, with every school of music vying to trace its origin back to him.

Due to his extraordinary talent, he was soon awarded the status of navratna. Among the legendary Navratnas (Nine Jewels) of his court were four Hindus – the musician Tansen, the finance minister Raja Todar Mal, the army commander Raja Man Singh, and the advisor Raja Birbal alongside five Muslims that included Abul Fazl and poet Rahim. Quite impressed with his skills, Raja Man Singh Tomar gave him the name Tansen. He kept on working on his passion; resultantly, his abilities and fame knew no bounds. It was during these times that Akbar gave him an Islamic honorary title “Miyan”. Most of his ragas, subsequently, had names like Miyan ki Todi, Miyan ki Malhar, Miyan ki Sarang, and Miyan ki Maund. 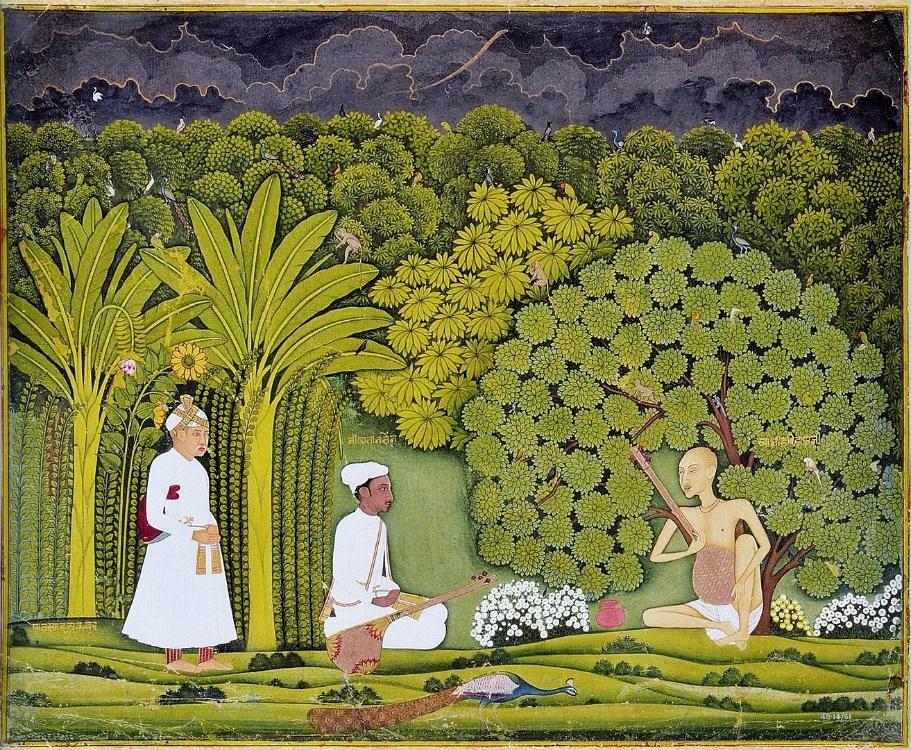 There is a deep mystery shrouding his love life and marriage. A legend has it that he married Meherunnissa, one of Akbar’s daughters. She fell in love with Tansen and forced her father to invite him to his court. Love blossomed after he came to Fatehpur Sikri and they got married secretly. When Akbar came to know of such shenanigans, his anger erupted and he ordered his soldiers to arrest Tansen. When he was brought in chains, Akbar recited a few verses of the Quran wherein it was stated that a Muslim could have a valid marriage only when the partner was also a Muslim. He finally gave him two options: Either convert or die. Like countless Hindus before and after him, he also chose to live. He was said to be already enamoured of Islam under the influence of Ghaus. In another account, the girl was an ordinary Muslim girl, yet Akbar forced him to convert. There are sketchy sources of such stories, however, there is no way these stories can be disbelieved.

He went on to produce five children, four sons and a daughter, Hamirsen, Suratsen, Tantras Khan, Saraswati Devi and Bilas Khan, all classical musicians. How few of them had Hindu names, remains a mystery. Saraswati was a famous veena player and vocalist. It is said that when Tansen played Raga Deepak for the first time, the palace caught fire, and Saraswati came rushing to his rescue by playing Raga Megh which brought the instant rains. However, so much heat was generated by the vibrations of the music, that it burned Tansen’s internal organs. Impressed by her skills, Akbar arranged her marriage with Naubat Khan, an accomplished Veena player in his own right. Khan was born Misri Singh, a grandson of Raja Samokhan Singh of Kishangarh. Akbar once defeated Samokhan in a battle and put Misri under strict house arrest until he accepted Islam. Afterwards, Khan’s fortunes took wings, becoming a prominent darbari in Akbar’s court. Saraswati, too accepted Islam and became Hussaini. They produced an illustrious son, Lal Khan, who became a star musician in Shah Jahan’s court. Tansen’s sons performed on the rabab, a Persian string instrument modified by their father. Dr. Dabir Khan, one of Tansen’s last descendants, worked for All India Radio in Calcutta.

Unlike other converts, Tansen did not show any violent streak towards Hindus after converting. Nevertheless, he now produced music more in praise of Akbar than Hindu deities. Probably, he was well aware of ‘sar tan se juda‘ phenomenon. He died in 1589 in Agra and was buried next to the tomb of his mentor, Mohammed Ghaus, in Gwalior. However, while Ghaus’s tomb is the epitome of Mughal architecture, Tansen, probably due to him being a convert, has a simple roofless grave.

To honour him, a music festival called Tansen Samaroh is organised yearly in Gwalior in December near his tomb, attracting hundreds of musicians and hopeful singers from all over India. The government of India has also commissioned Tansen Samman, a top music award, given to the brilliant champions of Hindustani classical music.

A lively tamarind tree blossoms over his cemetery and individuals who eat its leaves are said to be blessed with a great singing voice. So many singers come here regularly to seek the maestro’s blessings.

Who knows what shape Indian classical music would have taken if he hadn’t been around?

Imaging Sound: An Ethnomusicological Study of Music, Art, and Culture in Mughal India.

You may buy his books at the following links:

52,635 total views In the din of the Supreme Court verdict upholding 10%