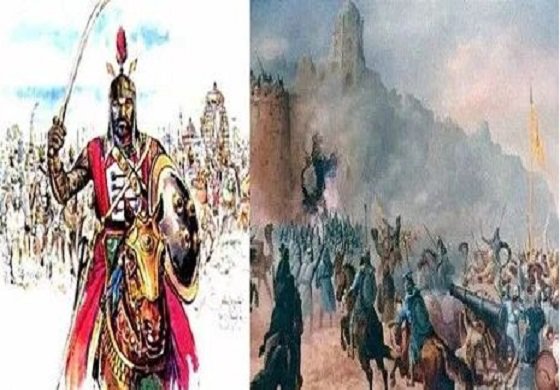 How dreaded Bakhtiyar Khalji, the Nalanda destroyer, was defeated

After destructing Nalanda and killing Buddhism in India, Khalji captured Bengal and started spreading Islam. Bengal king Lakshmansena fled without any fight. The invader now started eyeing virgin North-East. He was in a tearing hurry as he deeply desired to be like Mahmud Ghaznavi.

Far in the North-East was Tibet’s ‘forbidden land’, which historically had good trade relations with Bengal, Bhutan and Kamrup (Assam) along the Tea-horse route. Tibet had prized possession of rugged horses just like that of Central Asia. Since it is near Bengal, Khilji wanted to wrest this route and with this, he thought he would be able to control part of the strategic Silk route. Kamrup was named after the Hindu god of love, Kamadeva. In this region only, Lord Shiva killed him with his third eye for breaking his tapasya.

In c. 1206, Khalji planned to raid Tibet via Kamrup with his 10,000 ghazis to take control of the region, get rid of the Buddhist monks fled there from Nalanda and spread Islam in hitherto virgin mountains. So far, none of the rulers had even attempted to spread Islam high in the mountains. The majhab has been limited either to deserts or to the plains. The expedition was guided by Ali Mech, a Kachari tribal chief who had converted to Islam just a year ago in 1205. He is considered the first Muslim convert in Assam and a father figure of Deshi Muslims of the region. As was the wont of every convert, he became staunch anti-Hindu soon after.

On his way to Tibet, he crossed the regions of Kamrup, and there he invited the Hindu king Prithu to join him on the plundering expedition. However, the latter refused but allowed Khilji to use his territory for trespassing. Turkish army quickly reached Chumbi valley in Tibet (wedged between Sikkim and Bhutan) without resistance. Soon the reason for the lack of confrontation would become evident. The unfamiliar cold mountain passes were no game for Khilji’s army as they lost their way. The Tibetan army then decided to attack guerrilla-style, forcing his army to retreat in a rare defeat. While returning, the Kamrup army blocked the roads, cut off his supplies, and inflicted enormous casualties on Khilji’s army near present Siliguri.

An inscription near Guwahati records the complete defeat of Turks on 27th March 1206. Prithu took many Muslim soldiers prisoner; however, he was also inflicted with Prithviraj syndrome. All were subsequently given a pardon and asked to settle in Assam. Prithu lovingly called them Gaudia as they originally came from Gaud or Ghor. Even now, Muslims in Assam are called Gaudia. After the dust settled, these soldiers started converting local Hindu Assamese people to Islam. The Hindu generosity, wholly unnecessarily here, was showered on the wrong people at the wrong time.

This way, the Tibetan and Kamrup armies defeated Khalji squarely by using strategic deception and he was forced to retreat to Bengal after nearly losing all his 10,000 ghazis. During withdrawal, he was reduced to such misery that he did not even have anything to eat, so much so that he was forced to kill his beloved horse and eat it. He subsequently went into depression and was soon murdered by Ali Mardan, his trusted commander. This defeat proves that the Turks were not invincible when fought with enough deception and subterfuge.

With surplus looted funds, he built several mosques and madrassas over the temples. As one would expect, he is duly credited for converting Bengal into a Muslim majority province. For this reason, he is immortalized in Bangladesh and treated with the highest respect. His conquest began 500 years of Islamic rule on Bengal which ended with the Battle of Plassey in 1757.

In India, too, the railway station of Nalanda is ironically named Bakhtiyarpur for his services of brutality. Prithu, however, remains unsung.

Written by Amit Agarwal, author of the bestsellers on Indian history titled “Swift horses Sharp Swords” and a “Never Ending Conflict”. The books are available at the following link:

Latest posts by Amit Agarwal (see all)
2022-08-05
Previous Post: Fall  & Fall of Communist Party of India
Next Post: How Jamaat e Islami and Hizb-ul-Mujahideen Grabbed the Pandit Properties in Kashmir 

52,627 total views In the din of the Supreme Court verdict upholding 10%