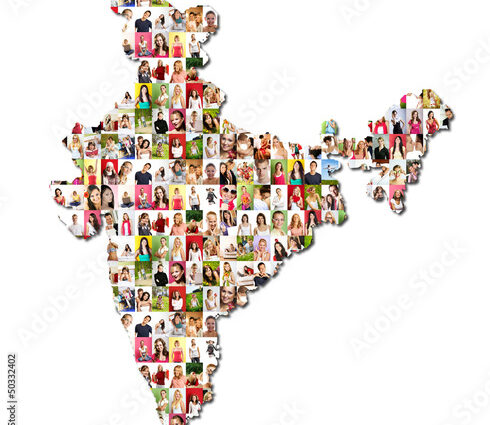 By: Ramakant Tiwari
In: Opinion

We are a liberal democratic nation guided by the principle of ‘One person, one vote’ with an array of institutional pillars under the grand canopy of the Constitution. Freedom from the British yoke was attained in 1947 yet the nation struggled hard to remain at the bottom of the Per Capita Income and Human Development Index for the next seven decades or so. We have been consistently blaming Governments all these years for all our ills, poor performance in almost all sectors, corruption and other maladies. Given the democratic privilege of ‘free and fair’ elections and several elections held post-1947, we had multiple opportunities to register our mandate for the appropriate Government to sincerely work for India’s development and the safety of Hindus. How many times in the past did we invoke our ‘wisdom’ to elect the right Government and throw away undesirable politicians from power? If we attempt to answer questions raised herein, we may arrive at the right conclusion as to who precisely had been responsible for all our ills and maladies.

Even if MK Gandhi did not allow Sardar Patel to take over the reins of the nation as Prime Minister in 1947, by the year 1952 when the first Lok Sabha elections were held, why was Nehru not defeated and thrown out even though he stood thoroughly exposed by that time?

Why was there no mass uprising after the China debacle in 1962 when Akshai Chin was captured, to force Nehru to resign? Why didn’t we vote them out even after the national humiliation in 1962, though a sound alternative in Svatantra Party led by C. Rajgopalachari was very much active?

Why was there no aggressive and concerted protest when Nehru enacted the Hindu Code Bill while keeping a non-interference approach to Muslim personal laws based on Sharia, in spite of strong reservations expressed by the then President Dr. Rajendra Prasad?

Prime Minister LB Shastri was forced to go to Tashkent despite winning the 1965 war only to end up being killed there. Instead of mass upheaval, why was Congress re-elected led by Indira Gandhi with an alleged ‘needle of suspicion’ hovering on her head?

Prime Minister Indira Gandhi headed government opened fire killing about 5000 Sadhus peacefully protesting for the enactment of a national anti-cow slaughter law, right in front of Parliament in Nov. 1966. Why was she not defeated and thrown out in subsequent elections ruthlessly?

Who has been chasing Congress for crumbs knowing very well they are outright looters and traitors of the nation?

Why have Sikhs been voting Congress to power again and again despite Operation Bluestar when not a single Sikh vote should have ever gone to them after the catastrophe?

Who elected Congress to power in Rajasthan, Madhya Pradesh and Chattisgarh even after their scandals of 2G, coal, land-grab by Robert Vadra, brutal attack on the rally of Baba Ramdev, etc. led by a half-Italian dynast? It is we, natives of Bharata who have been behaving like outright traitors inside polling booths during elections.

Why was Arvind Kejriwal of AAP elected Chief Minister of Delhi with a massive majority twice? Who is responsible for the anti-Hindu Delhi riots of 2020 which resulted in the massive destruction of Hindu properties and Hindu lives targeted by jihadi attacks under the leadership of AAP MLAs like Tahir Hussain?

How could Bharatiya-s vote an Italian Antonia Maino to power in 2004-2014 who engineered 93rd amendment to the Constitution and Right To Education Act which discriminated against Hindu educational institutions, etc., encouraged many sects of Hinduism to demand minority status claiming to be non-Hindus, declared Shri Rama as a figment of imagination in  Supreme Court, falsified Islamic-jehad as Hindu-terrorism, attempted dissensions in Army, extended unauthorised financial support for churches, arrested Shankaracharya of Kamakoti Peetham, etc.? Why was she re-elected by the majority despite her serious anti-Hindu and anti-Constitution policies in 2009?

These are merely representative posers. Actual numbers are too many to be accommodated herein. Patriotic Hindu-s and patriotic Bharatiya-s need to stop being passive about ceaseless physical and propaganda attacks on Bharata and Bharatiya-s, Hindu-s and Hinduism. Endless pacifism is one reason why Bharata went from being the motherland of Adhyatma, Philosophy, Religion, Civilisation, golden bird of wealth and prosperity etc. to being a mass-murdered, mass-raped, plundered, extorted, evangelized,  downtrodden slaves of Islamist tyrants as well as British colonialist oppressors for over a millennium.

Onslaughts of Islamists, Khalistanis, pernicious Communists and Leftists, aggressive evangelists and their racist Western allies etc. are still furiously continuing to undermine the nation, proselytize Hindu-s and destroy the original identity of the nation. We are hardly conscious of the fact that we have blissfully forgotten our real heroes like Bappa Rawal, Lachit Borphukan, Chhatrapati Shivaji Maharaj, Maharana Pratap, Guru Tegh Bahadur, Guru Gobind Singh, Veer Vinayaka Savarkar, Bhagat Singh, Netaji Bose, Sardar Vallabhai Patel, etc. As Hindus and other Bharatiya-s have been surrendering so meekly, many forces inimical to Hindus have been hurling invectives and trampling all over us incessantly. A barrage of lies and white lies are being poured within and outside the nation without effective measures to counter them.

We must learn how to defend our national position; create media to counter and expose all self-proclaimed enemies of India and Indians, Hinduism and Hindus. We should unhesitatingly display our dignity, courage, and strength of Bharat and our proud civilizational history of Sanatana Dharma over 32,000 years or more. Hindu-s must always vote for the political party that espouses Hindu causes unabashedly without succumbing to divisive votebank politics.

We must never forget inside polling booths that short-term ‘free’ doles are very expensive in the long run. Politicians offering free power and free water are true, sworn enemies of the nation. Prices continue fluctuating, unemployment can never be at zero level, and power cuts are sometimes unavoidable, but the nation and Dharma must remain in trusted hands. If the nation and Dharma are destroyed, any ‘free’ dole is just worthless. Champions of ‘free’ culture must never forget, there is a bill to be paid for every breath of fresh air that we inhale. Payment of this bill may be postponed at our own risk but can never be declined or rejected.

To support us kindly donate to Bharat Voice at https://rzp.io/l/5HCr6XZNU 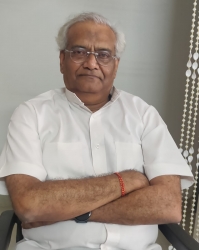 52,999 total views In the din of the Supreme Court verdict upholding 10%