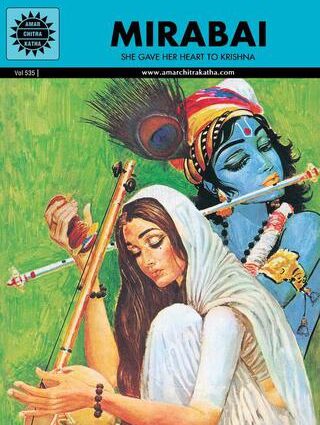 In 1967, a young journalist Anant Pai noticed while watching a TV quiz show on Doordarshan that the Indian children on the show could quickly answer questions about Greek mythology, but they could not answer a simple question about the name of Ram’s mother.

Upset, he pondered about the deep malaise inflicting the Indian children. He found that many were not even taught about the scriptures at home. This was a time when the Indian ecosystem was sterile and secular. The history books were full of praise for Arab, Turk and Mughal invaders. The Indian role models were either not projected adequately or made to vanish from the books. The entire generation grew up to be secular, utterly ashamed of its own identity and roots.

Till then, Indian children were growing up on the likes of Indrajal comics which had imported American protagonists like Mandrake, Flash Gordon and Phantom. Often reeking of colonialism and racism, these were the characters with which Indian kids could not identify. Indian stories have traditionally been passed down orally. At the other end of the spectrum, there are heavy-duty scholarly treatises on Indian texts, unfit for common people and children. There was no middle of the road solution. Pai set out to alter all this by launching a comic-book series in which he would narrate stories from Indian epics and Puranas via kid-friendly storylines and eye-catching illustrations, designs and graphics. The colours are deep and rich with the language short, crisp and engaging enough to hold their attention. He immediately hooked the children to his Dharmic comics by incorporating these appealing elements. The comics even had a pledge:

Amar Chitra Katha are brought out by people who care for children; who screen each word and each picture as they have a lasting impact on impressionable minds; for whom Chitra Katha is more a vehicle of education than a business.

In a sense, Pai was a complete antithesis of Macaulay. While the latter was hell-bent on producing brown sahibs with a slavish mentality, embarrassed of their culture and religion, Pai made all efforts to nullify the ill effects of colonial education. He based his stories on ancient texts and tried to bring out their gist in 32-odd colour pages. The brave heroes and strong heroines from these stunning images opened the country’s colossal repository of ancient anecdotes to the public. Both the men and women have finely-sculpted Greek physiques as opposed to the Indian ones in the comics. In short, everyone except villains are eye-candies. Women have been shown as free, expressive, emancipated and having hourglass figures. Overall, the comics accurately depict the rich and confident ancient Indian ecosystem. Well, almost. The comics possess a robust moral compass too. Good always defeats evil, while wit and wisdom consistently win the day. The nation was bereft of relatable role models and ACKs indeed give enough of them. Over the past fifty years, they made diligent efforts in presenting empowering stories from the distant and not-so-distant past.

Amar Chitra Katha was the comic book series, and the young journalist was Anant Pai, the charming writer and illustrator renowned as the “Father of Indian Comics”. By the late 1970s, it was selling 5 million copies a year and had a peak circulation of about 700,000 a month. The first copy was about Krishna and 439 titles have been published so far. The Mahabharata series alone totals 43 issues while the Ramayana, 36. Later, he brought out the stories of Indian historical figures, both renowned and forgotten, and folklores and cultural narratives. They went on to be translated to every Indian language. It still sells 3 million copies annually, having sold more than 100 million to date. The English language remained the most-seller while Hindi was a close second. It was always modestly priced, with the first issue for only 75p. Even in subsequent decades, they remained well within reach of common persons. Even now, the individual comics are priced for less than Rs 100. The books are seen as trendsetters only when they are found worthy enough for the gifts. ACK crossed this barrier early in its career when it was seen as a classic gift for friends and family. In the process, it became a cultural institution.

Emulating its success, many other comic strips made an entry in the Indian market. The foremost among them were by the cartoonist Pran, an ex-ACK employee. He made waves with his characters Chacha Chaudhary and Sabu, Pinki and Billu in early 1970s. Chacha Chaudhary’s catchy stock line, ‘Chacha Chaudhary ka dimag computer se bhi tez chalta hai’ made whole India read his exploits in solving the criminal cases plaguing the Indian urban life.

Anant Pai, born in Mangalore but brought up in Mumbai, was a chemical engineer by education. He was working with The Times of India when he got the idea about Amar Chitra Katha (ACK). Like every business, books must also be marketed well to sell them, no matter how good the content is. ACK also went through the initial teething problems. Though children lapped them up, schools were reluctant to house them in their libraries as comics were considered quite frivolous and downmarket. Pai then got a Delhi school to do a unique experiment to demonstrate the influence of his comic books. One group of kids was taught history through ACK, whereas another was taught history using traditional means. When both groups were assessed later, the findings revealed that the students who used ACK learned more than those who did not! After that, there was no looking back for Pai and ACK.

Pai was regarded as a walking encyclopedia as he had a story for every situation and would frequently update his staff with a story. He went on to publish another bestseller comic: Tinkle. There are many anecdotes ranging from Pai’s early days of personally selling comics at Petrol stations to Soviet politician Mikhail Gorbachev contacting him to double-check the interpretation of a Sanskrit quotation. In 1994, a terrible fire engulfed ACK’s office, which burnt every comic stored there. In the next issue of Tinkle, Pai requested children to send their comics to the ACK office to replenish the library. He did get an overwhelming response and got at least one copy of each title.

In its glorious journey, ACK acquired a fair share of controversies too. In an issue of Valmiki, the author of Ramayana, was shown as a thief. It became a big issue in Punjab, with Pai’s effigy being burnt. In India, national integration means chastising Hindus while uplifting minorities. And ACK was no different. In an issue of Kabir, he was shown castigating idol worship in very crude terms. Yet, in the case of Nanak, Sikh sensibilities were delicately taken care of. The comics have also been accused of reinforcing the various stereotypes prevalent in Indian society. Women characters are always shown subservient, caste hierarchy is established by skin tones, with upper caste characters invariably lighter skinned, while lower ones shown as dark coloured. Many people have also observed that the comics oversimplify the historical and religious narratives. But the kids cannot be overburdened with complex narratives. Isn’t it? The immense popularity made the leftists and seculars flustered with people like Aruna Rao coming down heavily on ACK for demonising Muslims and the absence of Muslim heroes in the comics. Whatever, in the illustrious career of ACK, all these are minor glitches.

For the children of the 80s and 90s, when TV was still not a craze and mobiles were still a few decades away, comics were the most exciting event of the day. When parents were happy with their children, they first used to buy ACKs. The comics also acquired a status of proud asset wherein they were borrowed and lent to bestow favours and hurl insults subtly. The comics have fans in every age group. When children were done reading them, parents used to take turns gorging on them. My father used to passionately recite the kathas from the comics to my daughter. What’s more, the comics even have a repeat value as they always have a happy ending.

In 1955, in a bid to curb the freedom of speech, the Nehru government passed the draconian ‘The Import Control Order’ which laid restrictions on the import of newsprint, among other goods. In 1972, Indira Gandhi further imposed restrictions on the press to curb the news of her growing unpopularity. Bennett Coleman and Co., the proprietor company of The Times of India, challenged the order in the Supreme Court under Article 19(1)(a) of the Constitution of India, i.e., Freedom of Speech and Expression. In 1973, the Court gave the verdict in the company’s favour and termed the law unconstitutional. The production of comic books zoomed after the availability of more paper afterwards.

Pai went on to produce two video films and opened an institute for personality development. He died on 24 February 2011 due to cardiac arrest. Despite doing so much work for Indian culture and traditions, he was not recognised officially and denied any Padma awards.

Even today, you can find children reading Amar Chitra Katha on trains and buses. In flights, though, they will be found reading Archies.

Media and the Transformation of Religion in South Asia by Lawrence A. Babb

Written by Amit Agarwal, author of the bestseller on Indian history titled “Swift horses Sharp Swords” and a “Never Ending Conflict”. The books are available at the following link:

52,691 total views In the din of the Supreme Court verdict upholding 10%