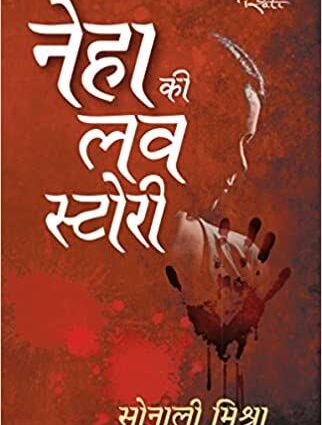 “Mera Abdul waisa nahi hai.” This is a statement we hear many times before Hindu girls leave their homes to live-in or marry Muslim men, in violation of the advice and pleas of their parents and well-wishers. Later when we hear the gruesome news of the brutal death of any of these girls, everyone ends up saying in their minds, “Tumhara Abdul bhi waisa hi hai.” And then there is a bitter, silent resignation to the fates of those who have not yet died physically, but are dying a slow death every day behind the façade of an inter-religious love marriage. Why do these girls fall for such men? Are they lured by plan or is it blind love which destroys these girls?

Sonali Misra has penned a realistic, fast paced story based on various news items regarding “Love Jihad”, the popular term used for such cases which have no Love in them but certainly have Jihad as the moving factor. The heroine Neha is a honest and popular journalist with a TV news channel and she is committed to relaying real-time, fast-moving stories with an emotional touch. Brought up in a traditional household, she has worn the cloak of Secularism because she sincerely believes that all Religions deserve the same respect. Very skillfully, the author also shows how Neha has become used to finding faults with her own traditions and rituals, while respecting the traditions of other religions, because she has become secular. She lives in with Akram, a Muslim boy who is very loving and caring and attends to her physical and emotional needs to the T. She too loves him and pays for all his material needs because she is the income earner in the partnership.

Neha’s secularism receives a serious blow when she covers the most heinous case of rape and torture that she has come across. Through this case, she discovers how young girls are trapped using flowery language and romantic poetry using Urdu, fake roughing up encounters, innocent, silent longing by the boys and use of lust to keep the girls trapped. The supporting characters of Sultan, Ejaz and Soumya are so believable that it seems like a person you know or have definitely read about. When Soumya tells Sultan that he should not break his traditions for a Kafir like her, the reader can fully relate to it because almost everyday we come across Hindus, especially youngsters, who feel shame for their own religion & rituals but appreciate the discipline & brotherhood that Muslims have. Another scene which shook me was the one where Akram asks Neha whether she has ever heard him berate Hinduism – it was Neha herself who felt ashamed of her Devi-Devatas be it Sri Ram and SitaMata or Sri Krishna. The fact is that our “secular” and “leftist-minded” education has made all of us think that our own Bhagwans are at fault while forcing us to believe that the Abrahmics like the Mughals and British ruled over us because they were better.

Sonali Misra has to be commended for bringing out many aspects of Hindu bashing, Love Jihad, slow brainwashing of our youngsters, the false idea of “freedom” that attracts young girls and their refusal to see the truth of the post-marriage life of the Muslim women. As a reader, I feel that it could have been edited and proof-read better. I would also recommend reading by those above 15 years of age because of some lustful scenes though the unfortunate truth is that this Womb-Jihad (which is what it actually is) is perpetrated on even children as young as 14 or 15 years. Personally, I thank Sonali ji for bringing out the truth about this unholy Jihad on our unsuspecting, young Hindu girls, so bravely and boldly.

Available on: Garuda Prakashan, Amazon and other booksellers.

53,233 total views In the din of the Supreme Court verdict upholding 10%