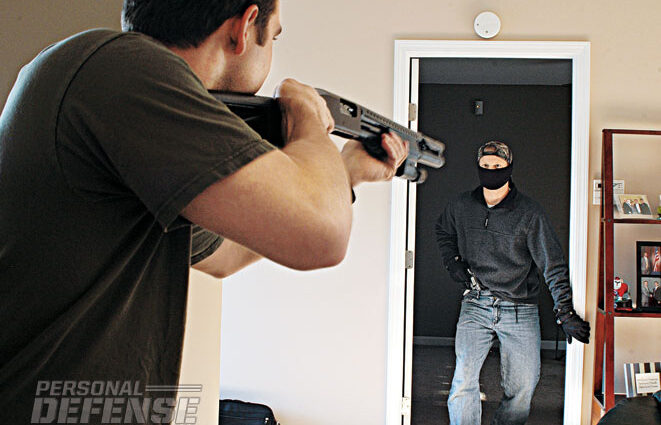 Bharat Needs a Castle Doctrine or Defense of Habitation Law As Soon As Possible.

Love drinking soda but don’t like sugar?  Many opt for diet soda thinking it’ll do the trick.  This is how India’s political system is – even though India is a parliamentary democracy, the two main parties that have shared power are more similar than not.  This means the Bharatiya Janata Party (BJP) is not that different from the so-called opposition party, the Indian National Congress, more popularly known as the Congress Party.  These days while the voters who have the BJP solid mandates wait for the implementation of certain promises and agendas, they are majorly being met with disappointment.  In short, the BJP is behaving like the INC, and if it continues down the same trajectory there might be actual convergence.  Ajeet Bharti, a popular, independent media personality stated that the BJP is like a washing machine (a) – it whitewashes the bad, embraces it, and recycles the shiny ‘bad’ as nationalistic and pro-India (read pro-Hindu).

The people of India have little choice but to digest the old colonial wine in a new, made-in-India bottle.  The Home Minister – Amit Shah – is known as a guy who wins elections.  However, a big part of his job is security and somehow he’s not understanding that security is not a popularity contest.  Imagine going to the club.  There is a bouncer who disallows entry to ruffians and gundas so that the good people inside can have a good, worry-free time.  This is essentially the principle behind being a bouncer or a Home Minister; protect the good and prevent the bad.  The BJP is failing in this effort throughout India.  The blood shed by Hindus and voices emanating from demolished Hindu temples cry for justice while the BJP – a commie socialist party and government conveys to the Hindu that his voice, vote, and life don’t matter.  In fact, the pro-Christian and Muslim policies enacted by the BJP have such bias that they give the Hindus an incentive to convert to these Abrahamic religions.
The Castle Doctrine
Every Hindu who cares about his civilization and survival needs to introspect and act.  Also, call out the ineptness of Modi-Shah as they too have Hindu blood on their hands (b) in the guise of secularism and sabka vikas type bakwaas.  Hindus need to get active at the local and state levels to protect their lives.  The Castle Doctrine or defense of habitation law would be a great start as some relief.  The Castle Law and versions of it exist in the United States, Australia, Brazil, Canada, England and Wales, Germany, Ireland, Israel, Italy, and Sweden.  It is a legal doctrine that designates a person’s abode or any legally occupied place (for example, a vehicle or home) as a place in which that person has protections and immunities permitting one, in certain circumstances, to use force (up to and including deadly force) to defend oneself against an intruder, free from legal prosecution for the consequences of the force used. (b, c)  This concept was established as English law by the 17th-century jurist Sir Edward Coke, in his The Institutes of the Laws of England, 1628: (d)

For a man’s house is his castle, et domus sua cuique est tutissimum refugium [and each man’s home is his safest refuge]. (d)

The term ‘castle’ was defined in 1763 by Prime Minister William Pitt – 1st Earl of Chatham, “The poorest man may in his cottage bid defiance to all the forces of the crown. It may be frail – its roof may shake – the wind may blow through it – the storm may enter – the rain may enter – but the King of England cannot enter.” (d)

English common law came with colonists to the New World, where it has become known as the castle doctrine. (d)

A person may have a duty to retreat to avoid violence if one can reasonably do so. Castle doctrines lessen the duty to retreat when an individual is assaulted within one’s own home. Deadly force may either be justified, the burdens of production and proof for charges impeded, or affirmative defense against criminal homicide applicable, in cases “when the actor reasonably fears imminent peril of death or serious bodily harm to him or herself or another”. (b)  The castle doctrine is not a defined law that can be invoked, but a set of principles that may be incorporated in some form in many jurisdictions. Castle doctrines may not provide civil immunity, such as from wrongful death suits, which have a much lower burden of proof. (c)
India is experiencing an increasing threat of #LandJihad and #PopulationJihad, calculated and forceful exist of Hindus from so-called “minority areas” and this coupled with the hatred of kafirs from the minority community makes it imperative for the kafir Hindus to equip themselves with the necessary laws and protections which will enable them to survive.  Yogi A. is already implementing some form of this on the ground in his state though it will be beneficial for UP and other states to go via the judiciary or executive order to implement the Castle Doctrine as law.
While the BJP looks the other way, the Hindu needs to self-empower.  Recently when refugee Hindu Kashmiris were peacefully protesting the current government did everything in its power to curb the protest including placing the protestors behind an electric barricade.  This should be no longer acceptable to any Hindu, Kashmiri, or non.  It is time to learn self-defense, on the ground and on the internet where the BJP IT Cell buffoons systematically target handles that criticize the current anti-Hindu governance.
Hindus need to stake their ground and make sure localities and state governments implement the Castle Doctrine in some manner.  The BJP is too afraid to make any changes and they are also afraid of the concept of an armed citizenry as they know the empowered people have the might to topple the state.  It is time to leave the Gandhi-giri brainwashing behind.  It is time to embrace the Russian mindset (this doesn’t mean one has to like Russia; simply borrow the concepts which are working).  For example, Russians recently took over 20% of Ukraine – an area which is larger than the U.K. in about 100 days.  Ukraine is approximately the size of Texas.  Our babus can’t even get textbooks revamped, let alone lend protection to Hindus.
Hindus need to get over the colonial hangover ASAP.  Waiting for Modi-Shah means absolutely nothing.  There is no masterstroke in the foreseeable future.  Either of them is most likely physically incapable of protecting their own person should there be a direct attack on them.  In sum, wake up Hindus, or start thinking about being converted or more likely, dead.
References:
(a) Ajeet Bharti video: https://www.youtube.com/watch?v=O48FcJz7eg4
(b) Definition: The “Castle Doctrine” is a long-standing American legal concept arising from English Common Law that provides that one’s abode is a special area in which one enjoys certain protections and immunities and that one is not obligated to retreat before defending oneself against attack, and that one may do so without fear of prosecution
(c) Source: https://en.wikipedia.org/wiki/Castle_doctrine#cite_ref-2

52,941 total views In the din of the Supreme Court verdict upholding 10%