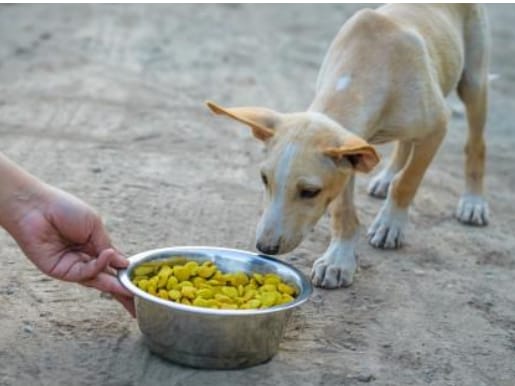 THE LOST ART OF COEXISTENCE: Government’s Apathy for Harmonious Existence

In the recent times I have been waking up to too many complaints, articles and petitions around stray
dogs & cattle. I am also sometimes baffled at the one-sided reporting of these issues and the lack of
attention the government is giving to the actual underlying problem.
My grandmother always had the habit of keeping one morsel of food every night outside our gate for a
dog to come and eat. Dried chapatis, extra rice, one extra egg – nothing would go to the bin. It would
always be for that one dog that would come to our gate every night.
Cows were even more sacred. Any cow that came to our street would get treated with rice & jaggery or
fruits & a bucket of water. No cow would go back home hungry, and no dog would sleep hungry.
The very joy of having cows and dogs as friends was a matter of pride in the schools and colleges. We
would name our street dogs and be proud of their antiques. This was also the time when we played
outdoor games as kids a lot and the dog / cow were the least of our worries. It seemed like my
grandmother’s generation were well aware of the fact that we are sharing the earth with other living
beings.
Cut to 2022, we are filled with news of mass culling of dogs, petitions to cull dogs, petitions to fence
forests, complaints to capture animals, complaints to chase monkeys and everybody monitoring the
animal population only to end it than live with it.

Somehow a population of 1.3billion never files petitions to control population in the speed in which petitions are filed to eliminate species.
Some of the most alarming trends off late are reviews of nature resorts where people have enquired on
the number of mosquitoes in the resort, complaining about insects and worms in the forest setting and
lack of sleep due to birds and animals “NOISE” at night.

Government’s Apathy Towards Changing Socio Legal Fabric in the Country.

The real underlying issue that the government must focus on, is the sheer intolerance of people to
coexist. The rapid development and materialistic progress have made human beings only comfortable with concrete walls but not trees, birds and animals. If the government fails to take into account, such critical socio fabric changes then we are gifting the world psychopaths and sociopaths who enjoy in the pain of animals and have no sense of conflict or boundaries in nature.
The need for humans to coexist and be tolerant as well as respectful to nature is needed more than
ever with the rapid global warming, flooding, wildfires, droughts, plagues and famines. Nature seems to
be constantly nudging us to behave and India among many countries is surely not taking this sign
seriously.
It is time for the media as well as governments to acknowledge the important of animal well-being
across the world than just focussing on humans if we need this world to be a liveable place.
Media must start reporting on behalf of animals & nature as well and not stick to the stories of humans.
Media must start showing the damages humans have done through encroaching of forest land and river
beds.

It is time to tell the story of…
The tree that fell as human wanted a road.
The dog that got killed as the human wanted noiseless nights.
The birds that vanished as human wanted faster net connectivity.
The elephants that died as human wanted high speed trains in the forest.
It is time for the Indian government to look at Animal Cruelty and Wildlife Protection laws and make it stringent enough to allow species other than humans to thrive as they all contribute to the nature’s well-
being as well.

“WAKE UP & REVIVE THE ROOTS OF COOEXISTENCE, BEFORE IT IS TOO LATE”. 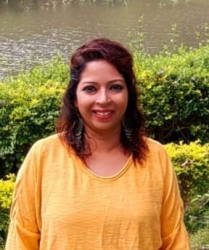 53,235 total views In the din of the Supreme Court verdict upholding 10%